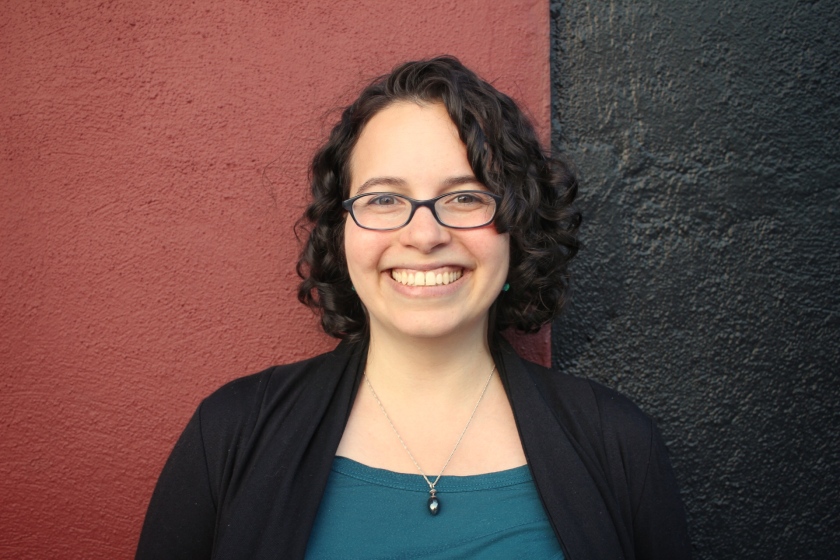 Effie Seiberg lends us her second short story for Analog in our September/October issue [on sale now.] Below, she gives us some background on the story and her general writing process.

ES: For about the last ten years, I went to the international BattleBot championships, held in the Bay Area. Whether you know this as BattleBots, Robot Wars, or Combots, the concept is the same as the show that ran for several years on TV: participants build remote-controlled bots on wheels, and the bots face off in a sealed arena in a tournament for each weight-class. As someone who’s never really been into sports, this was the first competition I’d ever seen that made me stand up and cheer. The events are exciting: the bots smash each other with great force, sometimes flinging each other across the arena. Some bots have saws, some have flamethrowers, and some are functionally just a quickly-rotating hammer. (Think Thor’s hammer when he uses it to fly. Now put a few hundred pounds of metal in its way.) There are crashes and sparks and flames and smoke.

Some bots have saws, some have flamethrowers, and some are functionally just a quickly-rotating hammer. (Think Thor’s hammer when he uses it to fly. Now put a few hundred pounds of metal in its way.)

I’d always wanted to write a story about battlebots. There was a moment after every few bouts when the arena was cleared, and a person would go in and sweep up all the robot dust. There’d be a black line progressing across the arena made of dust and ground-off robot bits and larger chunks of electronics or chassis. I found it poignant, and the perfect jumping-off point for a story.

ES: This is my second story with Analog, so I’m still pretty fresh and new here. Both “Optimizing the Verified Good” and “Rocket Surgery,” a finalist in the 2016 AnLab Awards, feature a simplistic or even child-like naive robot trying to make sense of an ethical problem. I guess “robots with feels” is now one of my subgenres, and Analog is the perfect home for them!

ES: In writing there are usually two camps: people who outline everything in advance, and people who “write by the seat of their pants,” aka pantsers, who clean things up later. I used to be a full pantser, but now I find myself somewhere in between.

Usually I sit in front of a blank screen and have an idea for a character or a situation, as well as the theme that I want to get across through the story. I’ll start writing and things will show up that make me curious and send me down internet rabbit holes. As those research bits come together with interesting connections, I like to add them in and they help shape the remaining story direction. “Optimizing the Verified Good” wound up being a combination of details from actual BattleBot fights, professional wrestling, the famed ethical thought experiment “The Prisoner’s Dilemma,” and details of the protests around some of the Canadian Pride Parades in that year.

I then do detailed scene outlines when I have something difficult to solve, like a heist with a lot of moving pieces. I outline less for things that are based on emotional arcs.

After I have a first draft, I also have a list of things I need to fix in draft two. Nobody gets to see the mess that is draft one! But then I send the story along to get critiqued and do a few more rounds of edits, and then I send it out to fine places like Analog.

In these situations, I start by staring at the screen and hoping an answer magically appears. (This doesn’t tend to work.) After this I’ll go down some more research rabbit holes and see if an interesting connection can appear that I can use to get myself out of the problem. If this doesn’t work, and I find myself just reading endless Wikipedia articles for a several-hour stretch, I like to talk the problem through with other writers. Usually by then, either an answer will appear, or someone will have enough of a suggestion that I can use to break through the blockage.

There may, throughout this process, be some portions of head-banging-on-keyboard, but this has never been effective at finding a solution and I don’t recommend it.

ES: I was all set to have a scientific background. Both my parents have PhDs and are research scientists, one biologist and one physicist. I thought I was going to be a chemist since I loved the logic of it until college, when I took an organic chemistry class and found that all the logic I loved wound up flying out the window when you go from inorganic to organic. So instead I studied logic, which is sort of science-adjacent. It sits at the intersection of math, linguistics, theoretical computer science, and philosophy.

So while I didn’t wind up going into science myself, I grew up in an atmosphere suffused with it. We would do little science experiments on weekends, from making it rain indoors to learning about different liquid densities to getting an actual chemistry set.

Today I do no science at all, but live with my boyfriend who is an astrophysicist. I guess when science is your natural environment, you can never really get away from it!

ES: I’ve worked in strategy and marketing for tech companies my entire career. Right now I’m an independent consultant and work with a lot of startups. This gives me a wonderful window into lots of bleeding-edge technology, right when it’s at the point of having a useful application. This is great fodder for science fiction. For example, new ad targeting technologies led me to the story “RedChip BlueChip,” which was about ad chips installed in teenage brains to make them get more pleasure out of certain brands so they’ll naturally prefer them. Recent AI improvements led to the story “Carbon Dating” where the internet becomes sentient and scans itself for dating advice. And self-healing materials which could seal themselves upon being cut or broken inspired “Rocket Surgery.”

When I was younger I worked in a children’s library, ran a ceramics studio, and worked as a clown for kids’ parties. None of these have turned into a story yet, but I’m sure they will one day!

ES: This is now closer to reality, but I absolutely cannot wait for all our transportation to be self-driving. We can do so much to optimize for people’s time, for the environment, to improve city design, and most of all, to save lives. Right now 90% of car crashes are due at least in part to human error, so imagine how much better we could do if every car/bus were automated and could create a vehicle-to-vehicle mesh network! This way even if one car has to screech to a halt because a kid runs into the street in front of it, the car around the bend from it would get the notification to slow down even before the first car is in sight. For me personally, this would also mean I could sleep through my commute and that would be absolutely glorious.

ES: On social media I’m most often on twitter at @effies. I tweet about science fiction, the craft of writing, science and technology, politics, puns, and a lot of very silly animals. If you don’t want a barrage of baby pangolin pictures, you can check out my website, effieseiberg.com.

Effie Seiberg is a fantasy and science fiction writer. Her story “Rocket Surgery” was a finalist in the 2016 AnLab Awards. Other stories can be found in the “Women Destroy Science Fiction!” special edition of Lightspeed Magazine (winner of the 2015 British Fantasy Award for Best Anthology), Galaxy’s Edge, Fireside Fiction, Escape Pod, StarShipSofa, and PodCastle, amongst others. Her stories also include an honorable mention in the Year’s Best YA Speculative Fiction 2015, and inclusions in the Tangent 2016 recommended reading list.

Effie lives in the San Francisco Bay Area. She likes to make sculpted cakes and bad puns. With a day job as a consultant to tech startups, her writing is now the only place she uses her Philosophy/Logic undergrad degree.

You can follow Effie on Twitter at @effies, or on effieseiberg.com, or more of her work at https://curiousfictions.com/authors/11-effie-seiberg.