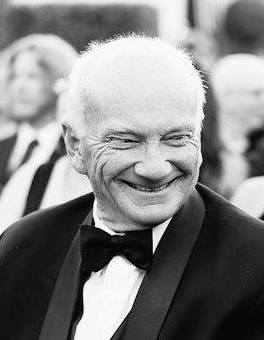 You’ll notice Bruce McAllister appears in the current issue’s table of contents twice—with his poem “Engineered” and his story “Frog Happy.” Analog Associate Editor Emily Hockaday asks about these two roles and what it means for his writing below.

Analog Editors: Our readers will notice that we have you featured in two roles this issue—poet and prose writer. Have you always worn both hats?

Bruce McAllister: Decades ago I wrote poetry as well as fiction, and was (now that I stop to remember it—a long life lived) in fact associate editor of a respected poetry magazine. That personal era passed; but about a year ago the poet reared its head again, and I’ve been writing poetry. It feels good. I love fiction—especially short fiction—but poetry allows another voice, the singing of the Lyric Mode, I suppose, and within that “singing” story and science and extrapolation and wonder and whatever else possesses one in the altered state of poetry-writing.

AE: Do you find writing poetry and prose to be a lot different? Does your process drastically differ?

BM: Great question, Emily—because it’s made me realize something about myself and my writing I really hadn’t seen before (this is one of the wonderful things about interviews): I write fiction for the transcendental leap (of one kind or another) it provides. I call it “epiphany.” A transcendental realization. Beauty and truth that can carry the rational mind—and science—with it. (I grew up with both science and wonder; living things always delivered both a fascination with science and a wonder and marveling at their miracle and magic.) Poetry calls it “the poetic moment.” Apparently I write fiction for the chance to create “poetic moments” as well. This may be why my half-century-long career as a writer has produced many more short stories than novels (to the chagrin over time of my agents, yes). Poetry and short stories allow for epiphanies and perhaps demand them . . . and are why they exist and people want them.

I’ve admired Analog for years for stories about that intersection—not just science and technology, but human lives against historical (past, present, and future) backgrounds.

AE: When you sit down to write, do you know what you’ll be working on?

BM: Usually, but often there’s a surprise: One starts to work on something in order to discover what he actually should work on.

AE: Do you particularly relate to any of the characters in “Frog Happy”?

BM: I was that “frog happy” kid—that’s what people called it when I shook—and I knew the secrets of the painted-turtle pond. Though I love nature, believe it’s crucial to our psyche’s wellbeing, and am pro-conservation, I’m a believer in “reclamation ecology” and perhaps less in the notion of “pristine environments.”

AE: What made you think of Analog for these pieces?

BM: “Frog Happy,” like so much of science fiction, is a thought experiment. “What if . . . ?” It’s also about the intersection of the personal and the epic, which so much of our lives can be. (My father’s watch on the USS MARYLAND at Pearl Harbor had ended, and he was drinking coffee with a buddy, laughing over little things in life, when the radio beside them announced suddenly that Pearl Harbor was being attacked . . . and the first bomb hit his ship. . . .) I’ve admired Analog for years for stories about that intersection—not just science and technology, but human lives against historical (past, present, and future) backgrounds.

With the poem, “Engineered,” it was the same. The highly personal and what we make as human beings, as individuals, of the epic and global in our lives—in this case, the technology of engineered pets. Isn’t that what it’s all about? The human condition as science and technology will affect it . . . and vice versa. The dance of the two.

BM: Ah. . . . When I was in the seventh grade, sitting behind a girl I didn’t know and not paying attention to the teacher and the blackboard, I noticed a magazine sticking out of her purse. Its cover was as hypnotic to me as the proverbial beam of light from a UFO—a lumberjack in a forest faced with a door into an alien world. To step through it or not? (“Cat and Mouse” by the great Ralph Williams, whose life was cut short in his forties—Astounding, June l959.) I bought my own copy of that magazine that day and published my first SF story in Worlds of If under Fred Pohl four years later. In other words, I grew up on Astounding, but didn’t make it into the magazine until fifty-five years later—two years ago (“My Father’s Crab”). So . . . it’s good to be “home.”

BM: We don’t really know what the current events are. The Armenian Genocide was in no one’s news when it happened or for a long time after. Everything is mediated through the media, and I say this as someone who comes from a long line of media people, with media jobs in my own background. I’ve been involved with a number of “historical events” over the years, too, and what the media has done with them (Left or Right) is no less imaginative than what SF writers do with the world; and what’s on the internet is so often not only wrong but the opposite of truth, I’m glad I only know my limited experience with science and historical events and “current events.” I might become quite radical otherwise, and for a Libra that would be an unsettling experience. (NB: I’m speaking here not as a political animal, but as the son of a behavioral scientist and non-partisan media observer. Though I have causes I believe in, of course, and champion the truth, I’m about as non-political as one could get . . . like my parents.)

BM: I’m not sure I ever have it. I just don’t write for long stretches of time, and during those stretches I engage other worlds and pursuits and passions—paleontology and geology, marine sciences, Early man archeology, art, children and schools, on and on. Writers have passions other than writing, I’ve learned, though for some reason I used to beat up on myself for having other passions. Call it the Jesuit streak in me, though I am not a Catholic.

BM: I lucked out and, after living and breathing science fiction for four years (and writing a science fiction novel at 14 that explained all of history and all of the future for humankind—where is that manuscript anyway?) published my first story in l963 at 16 in IF magazine, and it was reprinted in Judith Merill’s Year’s Best. But I then had to write another fifteen stories to sell my second—something I’ve always viewed as working off a debt to the Muse for that early success.

BM: Short stories, as always, and poetry, and a novel or two, and some film projects based on McAllister stories and novels of the past thirty years. Hopefully there will be concrete news soon after twenty years of near-misses, but with Hollywood one never knows. As they say, “Hollywood, unlike publishing, is a world where people who hate something you’ve written will say they love it . . . and (sigh) vice versa.”

BM: Read, read, read. Embrace the stories and novels you love by re-reading them and copying out favorite sections (90% of all career fiction writers have done something like this at some point in their careers) . . . and keep writing. Mantra 1: “Butt in chair.” 2: “I must read what I wish to write.” 3: “Nothing is possible without a rough draft, and all is possible once you have one.” 4: “All is possible in fiction if you know how to do it . . .”

BM: My father was a career Naval officer who, though he worked in anti-submarine warfare for NATO during the Cold War, was more scientist and inventor than Cold War warrior. He invented a car head-rest before there were any, and he was XO of the Navy Electronics Lab (microwave research before there were ovens) in San Diego. He was actually an oceanographer and taught the subject after his Navy career. My mother was an underdog-championing anthropologist specializing in Early Man archeology and Native American studies (she may have been part Chickasaw). So, yes, scientific background in the committed lay sense and in the sense that family upbringing can give you the passions you have for the rest of your life. And, yes, it does impact my writing and always has.

BM: I tweet (15k Twitter followers thanks to LeVar Burton’s use of a story of mine to launch his new LEVAR BURTON READS podcast), have a Facebook page (revealing the personal as well as the professional), and an Instagram account. But I’m not very prolific on any of these. And my website is just for my work as a coach and publishing consultant for writers.

Some decades ago Bruce McAllister was a poet and the associate editor of a respected West Coast poetry litmag. He’s writing poetry again. HIs short fiction has recently appeared or will be appearing in ALBEDO ONE, ANALOG, DAILY SCIENCE FICTION, LIGHTSPEED,THE DARK and elsewhere.