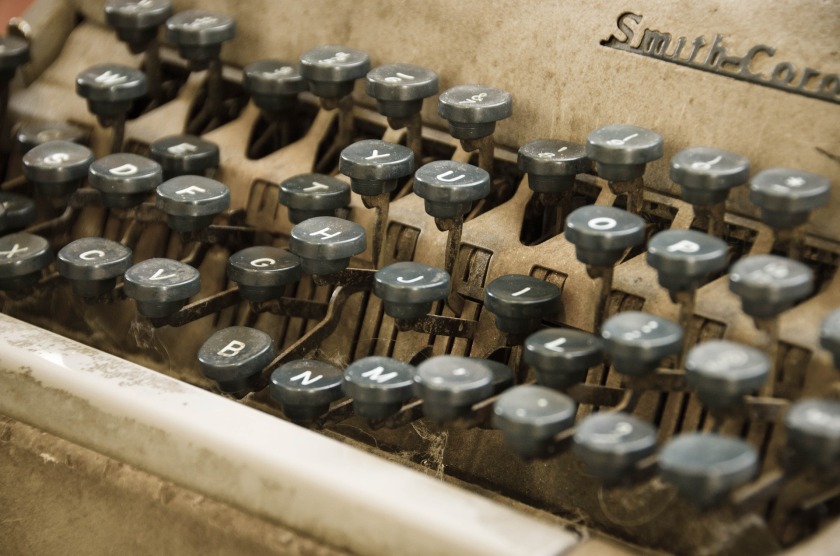 That wild-eyed old guy standing on his porch, shaking his fist and yelling . . .

My first Analog story, “A Touch Beyond,” appeared over thirty years ago in the January 1985 issue. So long ago that it was hammered out on my trusty Smith Corona electric typewriter, with a clean copy sent in to Dr. Stan, and a smudged carbon copy kept on file. I’m sure it’s still here somewhere. . . .

“Mission Accomplished” is very much a porch-based, fist-shaking, and if not yelling, at least quietly railing sort of story.

In the years since, forty-some stories of mine have run in Analog. I believe the current story, “Mission Accomplished,” [in the current issue on sale now] is number 45. Contemplating the span of time from that first story to the present day makes me wonder if I should be periodically picked up and dusted, and perhaps briskly shaken to see if stuff has come loose inside. Or inspected for outbreaks of mold or mildew.

“Mission Accomplished” is very much a porch-based, fist-shaking, and if not yelling, at least quietly railing sort of story. It’s about where the current cynical, sneering, sometimes rabid assault on science and reason—and the dogged defense of them—might lead. I believe we are all slowly boiling frogs; the heat has increased slowly, and over time the unbelievable has become normalized, the outrageous routine.

If I could somehow go back and talk to the 1984 me, it would go badly. Past-me would want to know which drugs or medical procedures could ward off the mental issues my future doppelganger’s assertions surely presaged, because the present me would have all sorts of crazy stuff to tell.

I would start out easy, with local stuff my life and upbringing would tell me had to be dead wrong: that the frozen North Country has warmed enough to become home to a still-increasing number of vineyards and wineries; that maple syrup production would once again be starting mid-February—almost a month earlier than what was usual for the last hundred years; that record high temperatures would be set several times a year, year after year, and record lows would be further and further from the normal run of weather. Where I live the difference between the record low and record high might, on a given winter day, be as high as 70, 80, or even over 90 degrees.

Glaciers are disappearing, I would tell me—who would wonder, How the hell can a glacier just disappear? Polar ice is vanishing, as is permafrost—which by definition is, well, permanent. So are some lakes and rivers, certain animals, and even things as common as ash and certain pine trees. No more river clams—some invasive critters called zebra mussels took them out. Which means fewer muskrats, who ate a lot of those clams.

Then I could tell the still-dubious past-me that the people who believe fossils are a hoax or God’s practical joke are not only trying to pass laws that school kids be taught that the world is just a few thousand years old, but working to get the body of science that argues otherwise driven from the curriculum, and that some textbooks have tried to flirt with the idea that slavery was a good thing for those enslaved. I could tell about what some—even some in government—believe: that jets overhead are exerting mind control and advancing other dark objectives with something they call chemtrails; that vaccines don’t prevent disease, but are part of a plot to promote a certain social order or make people gay; that agencies built to protect the environment should be rewriting rules to make it easier for polluters to pollute—and by the way, one agency head comes from a state that has injected so much nasty stuff underground it has now become one of the most seismically active places in the country.

I could tell younger me that people are dying in car accidents and getting run over in traffic because they’re too absorbed in the trivial pursuits available on their phones to pay attention to what they are doing. I could tell how something called “alternative facts” have begun replacing verifiable data and plain simple reality for some people. How hard-won rights are being rolled back for more and more people all the time.

I could tell how school shootings have become commonplace events, and how for some elected officials thoughts and prayers are the only action they take in the aftermath. I could try to explain why some people call such tragedies false flag events, staged by actors, and other people believe them, and probably fail to make such brain-damaged awfulness seem possible or plausible.

Could the premise of my story (SPOILER ALERT HERE) be true? That at some future point the powers that be decide that weather satellites are responsible for degrading weather, and shooting them down will make everything hunky dory again?

I can only hope that some readers will not just say no, but will declare Hell no! Not just standing on their porches and yelling, but doing what they can to help turn peoples’ eyes up from screens full of propaganda and nonsense, and to the skies and the stars beyond.