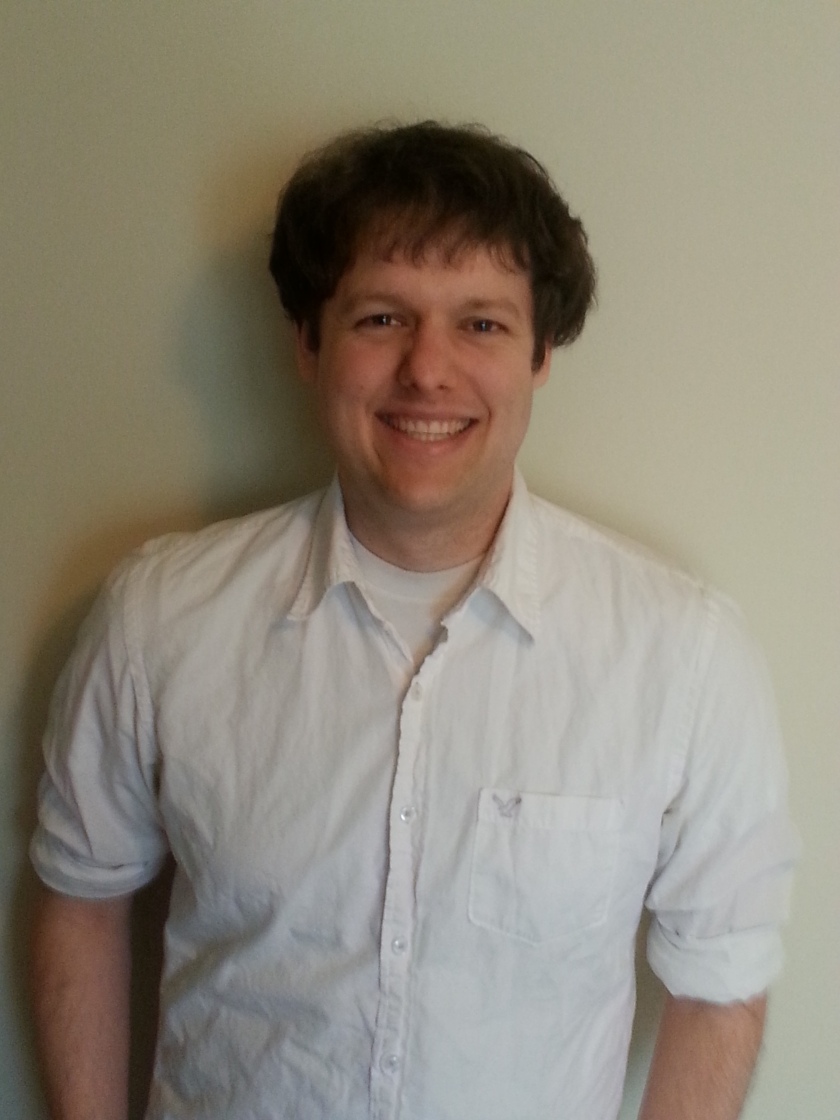 Daniel James Peterson’s first Analog story appears in the July/August issue [on sale now.] He talked to us about how his philosophical background affects his writing process—and overall approach to life.

Analog Editor: What is the story behind this piece?

DP: I started writing “Preface” in March 2016. At the time, I was staying at home with my three-month-old daughter and taking frequent walks, which was the only way I could get her to sleep. Despite years of allergy shots, I have terrible seasonal allergies and live in Atlanta, which is prone to pollen-heavy springs. So I found myself walking one afternoon listening to podcasts about the then-upcoming 2016 US presidential election with watery eyes and a runny nose, and it occurred to me how strange it was that my allergic reactions were triggered by beautiful spring blossoms and not the noxious political climate of the election. Somewhere along this train of thought I started laughing to myself about the idea of being allergic to Donald Trump, and that was the seed of the story that became “Preface.” I’d been thinking about writing a short story using the style and format of a piece of academic literature for a while. It wasn’t until I was thinking through the consequences of a world full of people suffering from conceptual allergies that it occurred to me that this story might be best told using the framework of a medical text.

DP: I’d like to think that I share a lot in common with the narrator, Dr. Sanchez. Her personal note at the end of her preface speaks to some of my own anxiety about getting feedback on my work, especially from anonymous reviewers. I don’t have “conceptual allergy”-level anxiety, of course, but it’s always terrifying to find out what someone else thinks about a project you’ve poured so much of your time and energy into. What I admire about Dr. Sanchez is that she managed to thoughtfully treat and manage her own problems and then use her expertise to compile a resource to help others. Both of these qualities (effective self-care and the ability to translate this self-care into care for others) are virtues I strive to embody in my own life, though my stakes are generally lower than Dr. Sanchez’s.

DP: It varies from project to project. Usually, it’s current scientific research that impacts my writing more than whatever’s running on the front page of the Times, but “Preface” was certainly an exception. Following the 2016 election, I think I find myself more and more in the same position as most of the other people I know, in that a lot of my mental resources are spent just trying to make sense of our current political reality in the United States. I don’t think it’s possible for anyone to spend that amount of mental energy on anything and not see its tendrils creeping into their creative outlets, writing or otherwise.

DP: Writing, for me, is best when it’s a sprint. I curl up on my couch or a coffee shop armchair with my laptop and try to bang out a first draft of whatever I’m writing as fast as I can. That first draft is usually awful, but it gives me a starting point for my slow revision process. I usually go through my draft 3-5 times, then send it off to a few friends and family who are willing to humor me as beta readers. Once I get their feedback, I go through a few more rounds of revisions and may run the result by my beta readers once more before I feel like I’m left with the story I want to tell.

DP: I’ve been writing for fun since I was in middle school, but the form that spoke most to me shifted from short story to novel (in early high school) to poetry (in late high school and college). None of it was good, and I never tried to publish any of it, but I had fun doing it. I took a break from writing for fun while I pursued my PhD in philosophy, but I promised myself that once I’d finished my dissertation, I’d carve out some time to write for fun again. I made good on that promise in the summer of 2014 when I sped through the rough draft of a novel. The result was . . . well, rough. And it made me realize that I needed to spend more time and energy playing around with shorter works to refine my authorial voice and develop my technical skills before tackling longer projects. So I started writing short fiction in the fall of 2015, found it to be a really enjoyable process, and now have too many ideas for short stories to shift back into writing longer fiction anytime soon.

DP: My short story “God-Forsaken” will be published on anotherealm.com in August 2018, and I’m currently shopping around a far-future SF story and a fantasy story rooted in some of my experiences in academia. I have several other short stories in development in a bunch of different genres I’ve never really worked in, including horror, but I’m not too far along on any of these stories at the moment. I like having a bunch of different short stories in different stages of development so that, if I get stuck on one story, I have something else productive to shift to.

DP: One project I’ve spent a lot of time on in the past few years is Mind Bubble, an educational non-profit that provides free tutoring and educational workshops to middle school students in the metro Atlanta area. My friend Eric and I founded Mind Bubble back in 2015, and I currently volunteer as Mind Bubble’s executive director. You can learn more about Mind Bubble at mindbubble.org.

DP: I have a B.A. in physics from Swarthmore College, and my doctoral dissertation was on the philosophy of physics. My academic works are focused on questions about interpretations of quantum mechanics and the role of time in physical theories as well as a few specific issues in the philosophy of religion and the philosophy of education that have piqued my interest. My interest in time in physics is probably related to my deep love of time travel narratives, which I find myself reading (and writing) far more frequently than I should. But, for my story in Analog, my wife’s expertise as an epidemiologist is much more relevant than any scientific background I have. Her public health perspective was invaluable as I revised (and revised and revised) the story that became “Preface.”

DP: In high school I worked for a small local chemical instrument company where I did everything from making boxes to researching the Helmholtz-Smoluchowski equation. After high school, though, most of my jobs were firmly planted in academia, including work as a homework grader, a TA, and, eventually, a philosophy professor. As a philosopher, I approach most projects (academic or otherwise) with an analytical and critical mindset. This can harm my writing as it leads me to overanalyze everything I write (which is a big part of why I have to speed through my first drafts in order to actually finish them). It also leaves me with far too great an interest in fictional academies as well as issues of power and equity in educational settings. But, on the plus side, it has introduced me to a wide range of fascinating thought experiments and philosophical positions that make great fodder for science fiction stories.

I think my background in academia has also affected my writing in that I spend a lot of time thinking about and comparing fiction and academic literature. I think there’s a lot that academics could learn from writing fiction, but I also think that some of the skills one develops as an academic writer are valuable for fiction writers, particularly the ability to clearly and concisely present a complicated idea. Academic papers tell stories too, though sometimes it’s harder to follow the narrative in them.

Daniel James Peterson is a philosopher, writer, and nonprofit executive director living in Decatur, Georgia. He teaches philosophy at South Georgia State College and has published papers on a variety of topics including the philosophy of physics and the philosophy of education. His fiction has appeared in the online periodical everydayfiction.com. More information on his educational nonprofit, Mind Bubble, can be found at mindbubble.org, and you can learn more about Dan at danieljamespeterson.com.