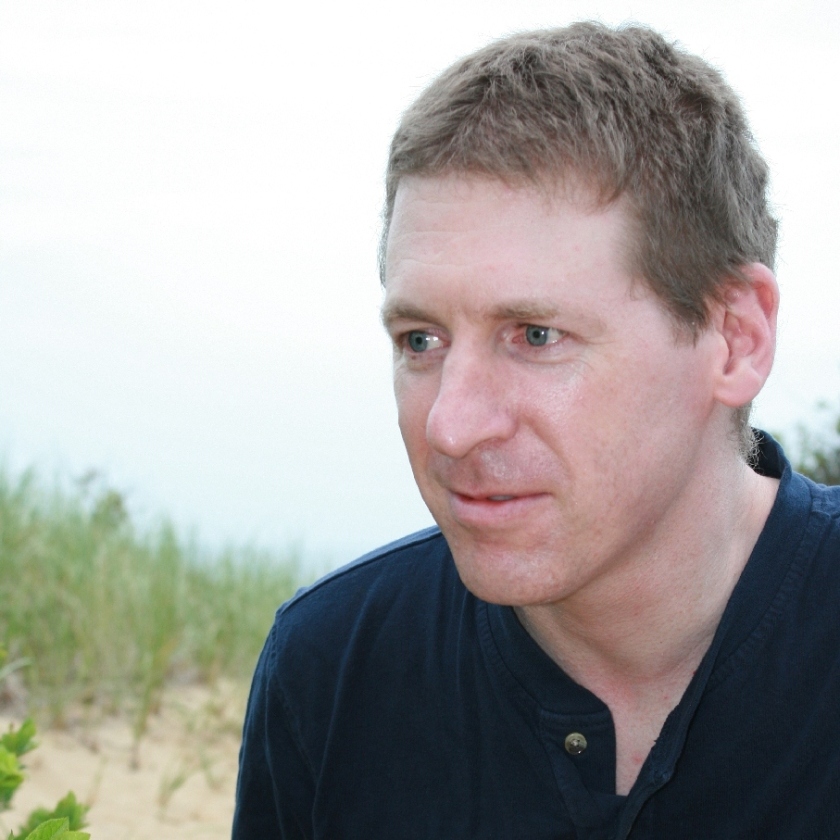 Eric Pinder’s exploratory poem “Past Pluto” appears in the current November/December issue on sale now. His poem is also featured on the website. Give it a read here! Below, get to know what makes Eric tick.

Analog Editor: What is the story behind “Past Pluto”?

EP: The New Horizons visit to Pluto, and all the amazing pictures and new knowledge that the flyby gave us, was something I’d been eagerly awaiting ever since the Voyager missions when I was a kid. Back then, I remember feeling a little disappointed after Voyager said goodbye to Neptune and Triton, knowing that for the foreseeable future, the best glimpse we had of Pluto was going to remain just a pixelated smudge. So it was a thrill to finally see it up close.

EP: Long ago in a high school far, far away, I was an astronaut wannabe and a fledgling writer of science fiction short stories (and an avid reader of similar stories in Analog, Asimov’s, and other journals. The best thing you can do if you want to be a writer is to read a lot). When I was 15 or 16, I submitted my first-ever science fiction story to Analog. It was about the Moon, I think. Luckily that early story was rejected, and deservedly so, because it was truly awful. As with any craft, the more you write, the better you’ll get at it.

EP: Watching Cosmos as a kid made me want to be an astronomer when I grew up, or better yet an astronaut. My career ended up taking a very different path, but I still devoured all of Sagan’s books. The sense of deep time in The Dragons of Eden awed and amazed me. Nature writers and science writers like Annie Dillard and David Quammen also provided inspiration.

Right now I’m revising a story about Mars. It’s been fun researching details about gravity and the orbits of the two small moons, to make sure all the descriptions sound accurate.

EP: I leave a plate of cookies next to my laptop overnight, as a bribe. Then I wake the next morning and discover that elves once again have refused to finish the story for me. So I sigh, eat a stale cookie, and get busy writing.

More seriously, quite a few first sentences or character sketches start out as hastily scribbled notes on envelopes or scraps of paper. Then I gather the scribbles and fine-tune them on the computer.

EP: I’m a painfully slow writer, whether writing picture books or nonfiction articles or shopping lists. What I like best about poetry is having fun with how words sound read aloud. It’s like using the language as a musical instrument.

I just wish I could do it faster. To overcome writers’ block, I’ll sometimes put on a CD of background music, something without lyrics, like Bach. “Okay,” I’ll think, “You have to sit here at the desk till the music stops. No checking the phone, no games, no crossword puzzle. The only choices are to sit here and do nothing, or write.” Usually that works, and sometimes it works so well that I’ll get on a roll. Then I’ll look up and suddenly realize the Sun has set and the music stop playing hours ago.

EP: Growing up in a house full of books—books that could transport readers to fascinating, faraway places like Mars and Middle Earth and Rabbit Hill—made me realize from an early age that someday I wanted to write books, too. Right now I’m revising a story about Mars. It’s been fun researching details about gravity and the orbits of the two small moons, to make sure all the descriptions sound accurate.

EP: That’s a difficult choice. Riverworld seems like a fascinating place, but probably only if I could live in comfort with all the amazing technology in the tower instead of roughing it along the riverbank, where they don’t even have books to read. Hmm, forget Riverworld. Maybe Star Trek’s Federation is the best future to live in. Whimsically, though, I’m tempted to choose the Dark Matter universe, because at least that way I’d get to see what happens next after the show was canceled.

EP: I’m rereading A Canticle for Leibowitz by Walter Miller. Stories that stretch across thousands of years, long enough for us to see not just characters but whole societies grow and change, are always interesting and thought-provoking. I also recently read and enjoyed Children of Time by Adrian Tchaikovsky, which has a similar time scale.

EP: A favorite children’s book is From the Mixed-Up Files of Mrs. Basil E. Frankweiler, in which two kids run away from home and stow away in a museum. I’ve always kind of wished I could do the same thing, except I’d want to be a stowaway at the Johnson Space Center.

EP: The oddest job I ever had was working at a mountaintop weather observatory, where hurricane-force winds howled, bears roamed, and the constant fog seemed almost thick enough to swim in. In winter, my commute home from work was an eight-mile-long sled ride. (Oh, how I miss that!) Every day I’d see something new or exciting. It’s hard not to find inspiring things to write about in a setting like that.

Eric Pinder is the author of If All the Animals Came Inside, Counting Dinos, How to Share with a Bear, and other books for children. Although he may never achieve his childhood ambition of becoming an astronaut, he does drive an old car with almost enough mileage to reach the moon. Find him on Twitter: @EricPinder