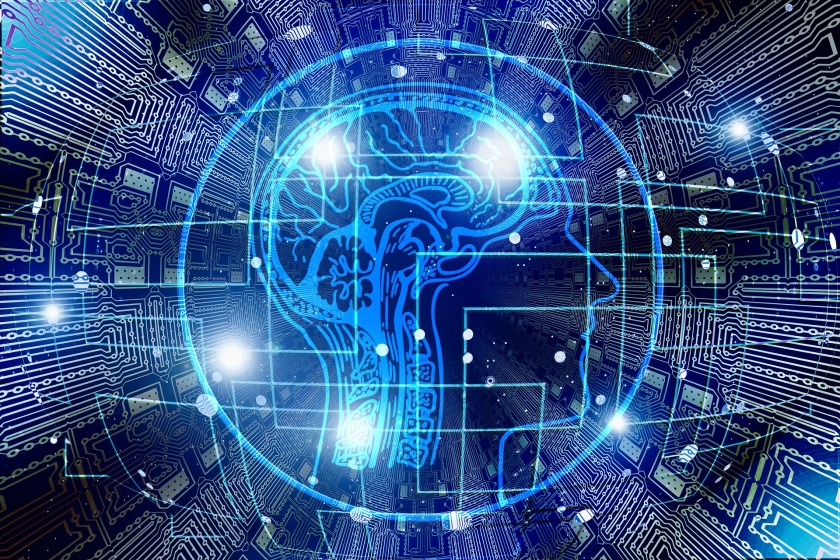 Our cover story for this issue—”Vault”—on sale now in our current issue is full of interpersonal, interhuman, and galactic intrigue. A mystery on many levels, you will find yourself rapidly devouring this story to get to the answer. Author Robert Chase discusses this tale here on our blog!

There are various stimuli that prod a writer to put words on paper. The best may be a combination of inspiration and aspiration. You read a story by Theodore Sturgeon or Roger Zelazny or Gene Wolfe and find yourself filled with joyous wonder that words can create such conceptual fireworks or touch the heart so deeply.

The opposite reaction may be more common. You read a story, maybe even a bestseller, and think “I can write better than this crap.” The young Isaac Asimov felt that way, and it turned out that he was clearly right.

In between these two extremes is the situation where the story you have read is pretty decent, but you think you could do it better—or at least put a different spin on the same idea.

Floating in the foggy depths of my mind was a memory of a story by A. E. Van Vogt I must have read as a teenager about a cosmically powerful and malevolent entity trying to escape a prison in which it has been held for millennia. I can do something with that, I thought.

Thus I began writing about the starship Percival Lowell and Riviere Chaz and the odd Kdev star system and the thing in the Cube. Halfway through, a terrible question occurred to me: how much of the story was I creating and how much was I remembering? Avram Davidson recounted how he had been inspired by reading “The Phantom Setter” to write a story that turned out to be . . . “The Phantom Setter.” I located the source of my inspiration, “The Vault of the Beast,” in the NESFA collection Transfinite: The Essential A. E. Van Vogt. I reread it and heaved a sigh of relief. Except for a similar central problem, my story was nothing like his.

(By the way, if you are not familiar with Van Vogt, you should definitely get a copy of Transfinite. For that matter, you should go to NESFA’s website and buy all of their single author omnibus editions. They will form the cornerstones of any serious SF fan’s library.)

Even as there are different stimuli for stories, so are there different ways of proceeding once you have started. If, for example, you read Bud Sparhawk’s contribution to this page, you will see that he is, contrary to his protestations, a very conscientious writer. He writes a few hundred words about an idea, sketches an outline, breaks that into scenes, decides on a structure, and rewrites four or five times. “After that it’s just editing.” This has a great deal to recommend it, but I don’t work that way. I know pretty much how I want a story to start and where I want it to end and maybe a few scenes along the way. But I don’t know how everything will tie together until I am well into the story and find myself forced to consider the characters and the logic of the situations in which they find themselves.

This can lead to surprises. A crucial conversation occurs between Chaz and the Percival Lowell AI about a quarter of the way through the story. Chaz believes distinctions between humans and AIs must be rigorously observed, so much so that he forbids the AI system to refer to itself in the first person singular. Percival asks why, if it is merely a set of electronically executing algorithms, Chaz thanks it for providing requested information. After thinking about the question, Chaz responds that it was reflexive courtesy, which can be granted even to enemies.

This was intended as nothing more than my editorializing on two subjects: the sloppy thinking behind the ways AIs are presented in a lot of SF, and the importance of basic courtesy, something sorely lacking in the current political scene. But somehow, despite my convictions about artificial intelligence, Percival became a major character, grabbed the ideas, and made them the basis of the story’s resolution.

As I said to Trevor in the story’s cover message, I started out writing an A. E. Van Vogt story, but it mutated. I created a story which, while complete in itself, left open a host of questions. What made Percival different? How do the three human societies—Stability, Eternal, Transhuman—relate to each other? How can you have a society where the populace chooses not to be immortal? And finally, what about the Cube and the Spark and the races that created both? I hope to con Trevor—uh, convince Trevor—into letting me explore these questions in future issues of the magazine.

Robert R. Chase is a recently retired Army Chief Counsel who has published three novels and dozens of short stories in Analog and Asimov’s. “Decaying Orbit” (Asimov’s October/November 2014) was selected for The Year’s Best Military SF & Space Opera. Since retiring, he has been spending his newly available time writing, traveling, and learning to sail.