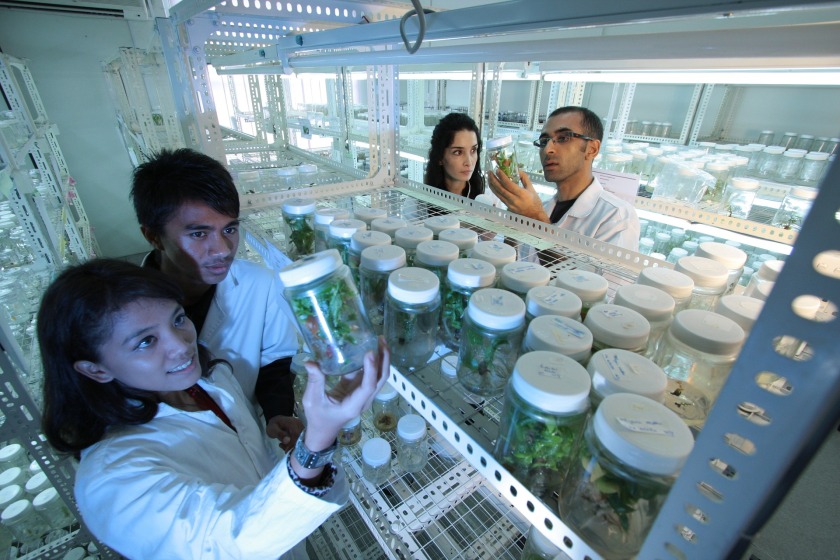 My story, “The Waters of a New World” [on sale in our current issue now] is a story about science. It is about future science which may or may not prove to be real, but ultimately the plot centers around the scientific method and the actions of scientists.

Surprisingly, though, our genre is relatively light on scientist heroes. Looking at some of the Hugo nominated science fiction this year, we can see protagonists with a variety of professions. Some of the novels have more than one protagonist, so I’m just going to list some hero professions from this source: Undertaker (yes, seriously), robot mechanic, archivist, casual worker, musician, computer (from Mary Robinette Kowal’s Calculating Stars, which is set when a computer was a person who did math for a living), soldier, diplomat, brewer of exotic teas, security consultant, writer.

The number of scientists as protagonists is: 2. 3 if you count Nnedi Okorafor’s Binti, whose profession doesn’t really exist yet. Of the two scientist heroes, one is an ecological mediator who is closer to an engineer and the other is a Department of Agriculture consultant.

Neither story is really about the scientific method. The first story is a time travel story and the second is, well, you have to read it (It’s called “Nine Last Days on Planet Earth” by Daryl Gregory and it’s one of those indescribable stories that you can’t explain without spoilers). Both are novelette length or shorter.

Well, maybe things are different in the pages of Analog. After all, it’s Analog Science Fiction & Fact, and we pride ourselves in our hard science fiction.

I grabbed the first issue that came to hand, which happens to be May/June 2019. Leaving off Probability Zero because it’s, well, Probability Zero, here are the professions of the protagonists:

Being Neighborly by Kate MacLeod – farmer

The Willing Body, the Reluctant Heart by Marie Vibbert – no understandable profession. Weird little story (I loved it).

My Base Pair by Sam J. Miller – cop/detective

Shooting Grouse by Ian Creasey – textiles salesman or something, it’s about hunt sabs.

Mission Accomplished by Stephen L. Burns – protagonist is a space scientist, but doesn’t get to do any science

So, one story has a scientist “hero.” It’s a story that’s going to be relevant, because happy accidents happen.

So, why is most science fiction not about scientists? Sometimes they show up as major supporting characters. Spock from Star Trek comes to mind. One beautiful exception is C.J. Cherryh’s fantastic Cyteen, a disturbing tale that is mostly set in a megacorp that breeds slaves. The significant characters are all involved in a kind of applied psychology. Andy Weir’s famous The Martian is about an engineer, which sometimes seems to be more common (I personally love stories about engineers).

And, of course, the “mad scientist” is a classic villain, showing up in multiple episodes of Doctor Who (arguably, the Doctor is a scientist, but she is an adventurer first), Star Trek, etc. The “original” mad scientist is, of course, Frankenstein. The scientist as villain is more common, either deliberately causing the entire problem or just not thinking about that frog DNA (Of course, Jurassic Park has scientists on both sides).

One obvious initial thought is that writing about science, especially at any length, just isn’t that interesting. A lot of science is analyzing data, waiting for computers to analyze data, repeating experiments with small variations. They might be writing a paper, they might be checking on the latest “crop” of pinkie mice for a medical experiment.

The obvious retort is that a story about a scientist hero is ultimately a story about a discovery. This isn’t necessarily the case—in the aforementioned Cyteen, the story is more about politics than science even though everyone is involved in science, whether as a scientist, an experiment or, in the case of one character, both. And discoveries make for good stories, especially if there are obstacles in the way. Funding, for example.

Most likely, though, there is more demand for stories that are about adventure and exploration. My own forthcoming novel is about space exploration, and the main character is a technical type, not a scientist (I tend to like to write about blue collar types a lot, no doubt because of my own roots). It might even be that, especially for those of us who haven’t spent a lot of time in a lab, it’s easier to write about the classic science fiction protagonist, who is generally a pilot, a trader, even a criminal.

So, does it matter? Does it matter that we don’t have a lot of successful books about scientists? I would argue that it does.

Scientific American has an article (https://www.scientificamerican.com/article/the-mad-scientist-myth/) which complains that the only scientists found in fiction are the mad variety. Although it’s not as bad as they think, there is a certain amount of truth here.

Now, I said I was going to talk about “Mission Accomplished.” This is a very short story and it’s a cautionary tale about certain trends in anti-intellectualism. The scientists are locked up in a prison and forced to destroy working satellites because space is…wrong or something. The back story is never clear, perhaps because the story is too short, but it’s clearly a story about turning our back on science and why this is bad.

The problem is that more and more people are looking towards that future. We just celebrated the fiftieth anniversary of the Apollo moon landings. Some people are celebrating it by saying it didn’t happen. The Flat Earth Society’s Facebook page has over 200,000 likes, and they have 60,000 or so followers on Twitter. Some of them may be following them to mock. The anti-vax movement is bringing back diseases we had under control, especially measles. There’s a very real risk we’re going to start seeing polio again. Climate change is such an obvious reality that nobody can write a science fiction story any more that does not somehow address it.

No, not all of us are turning our backs on science, but many are. Too many. So, perhaps that’s a way in which it matters.

Of course, you can have a story which promotes science in a positive light that doesn’t star a scientist, and the reverse. Sometimes we even need the occasional cautionary tale about science. The “We can do this but should we” story has its place. Should we be genetically engineering babies with CRISPR? Probably not until we’ve done a lot more experiments with shorter-lived species such as mice. With all apologies to the mice.

But what we need to be careful of is showing science itself as the villain. When the only scientists in your story are mad, you are saying something about science.

The other reason we need the scientist hero is that it inspires young people to enter scientific fields. We need young, smart brains working to solve our problems if they’re going to be solved. Which means that kids need to see scientists as something worth looking up to. We don’t put scientists on the same pedestal we put rock stars and Olympic athletes on, and that may not change in wider society.

Science fiction is the perfect venue to show the scientist as hero, the scientific method as important, and scientific discoveries as ways to improve the world.

So, maybe we need a few more scientist heroes? I’ll certainly be thinking about a novel with a scientist as protagonist in the future, although with my long list of ideas it may not happen any time soon.

Short fiction, though, is the perfect venue for stories about science and scientists and how science saves lives, changes the world and may ultimately be our salvation as a species.