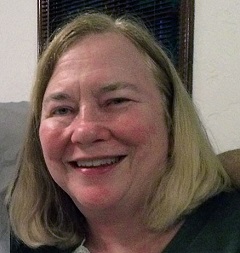 “Lemonade Stand” [on sale now], like all my Solar System stories, is based on questions and answers. First question: a couple of hundred years from now, what is everyday life like farther and farther from Earth? The cost of access to space and moving around in space has been considerably reduced from now, but is still significant. A journey to Mars takes five and a half months and must be timed for planetary opposition. Thus, far from Earth there is an almost monastic lack of material possessions. At the same time, anything that can be stored in bits and bytes is plentiful—games, video, literature, encyclopedic knowledge. (But the Internet in deep space is never quite as current or comprehensive as the Internet on Earth because of bandwidth.)

Second question: at that time, what is a deep-space economy like? That economy, like everything else in the Solar System, is governed by the cost of transport. The main components that I see are mining rare earth elements and research. Research is supported by governments, and mining is corporate. Both of these activities require humans, plus supplies, and generate waste. Since every scrap of terrestrial material is irreplaceable, a third indispensable component of the space economy is recycling. This brings up another problem: although waste is too valuable to jettison, the cost of equipment to recycle it is prohibitive for all but the largest human settlements (think Mars). The solution: recycling companies.

Central to “Lemonade Stand,” recycling is a lot like trash pickup on Earth. Each habitat puts their refuse into a flexible plastic pod, and the recycling ship snags it as it passes. As Severin Recycling Systems grew bigger, Dani’s father concentrated on the larger, twenty-to-thirty-person operations. He sometimes skipped small habitats if he was running behind schedule. When Dani wanted to break from her father, she recognized the small habitats’ needs and targeted Personal Recycling, Ltd., toward them. She makes a circuit in the explored part of the Belt not unlike her father’s, but with a different clientele. When she arrives at Mars, she will sell the refuse and, with the proceeds, buy supplies for her next trip. Fortunately, Dani is an introvert and can go a long time with little human contact.

Few diamonds and little bourbon make the journey to Mars, of course. Most liquor on Mars is locally produced alcohol infused with concentrated flavoring from Earth. The taste is almost, but not quite, like the Earth original.

My other Solar System stories, in one way or another, all depend on the extreme scarcity of material in space and the difficulty of transport. A friend once said, “Their lives must be so meager. ‘Here’s a toothpick; we’ll paint it green and call it a Christmas tree!'” A one-carat diamond on Mars costs less than a pint of Kentucky bourbon: the diamond can be taped to a ship’s bulkhead, whereas the heavy liquid must be enclosed in a leakproof, shatterproof container.

Few diamonds and little bourbon make the journey to Mars, of course. Most liquor on Mars is locally produced alcohol infused with concentrated flavoring from Earth. The taste is almost, but not quite, like the Earth original.

My Solar System stories cover about one hundred years, so far. The first one appears about two hundred years in the future, shortly after the founding of Peace International Research Station on Mars. When the second expedition to Mars crash-landed at the head of a box canyon, the crew printed a front wall and roof out of acrylic and sealed them to the canyon walls. The rear wall of the settlement was the crashed ship. The story “Ancilla” (Bull Spec, Spring 2013) takes place a few years later, when there are sixteen people in the Base. Ancilla means handmaiden, and Benedicta Rojas is a twenty-something nun sent to accompany a world-famous lung specialist from the same order. Benedicta’s only wish is to go home to Earth. How does she reconcile herself to the alien environment she never chose?

As the population of the Base grows, the United Nations Special Initiative for Mars builds a larger one. Peace International Research Facility opens with about forty people, and asteroid prospecting begins. A few years later, a deranged miner returning from the Belt aims his ship at the new Base. Although the Base staff discover his intent, there is no alternate place to support the population and no way for a person outside the Base to survive longer than a spacesuit’s resources. This story is still in progress.

One item conspicuously lacking in the Solar System economy is tourism. There is tourism to the Moon, but none to Mars. About fifty years after “Ancilla,” two of the richest people on Earth come to Mars for their incomparable destination wedding. Despite having been warned about Martian living conditions, they are aghast at the privations. Erentos Godoy, the richest man on Earth, talks the Base Administrator into letting him and his bride spend their wedding night in the Old Base for privacy. The Administrator dispatches the now-elderly Benedicta Rojas to stay in a rover at the Old Base in case of emergency. There is an emergency, and Benedicta undertakes a rescue. This story, too, is under development.

Some years later there are about three hundred people on Mars and another two hundred in the Belt. The 19th Mars Deep Space Exposition allows all the miners who can manage the journey to come to Mars to socialize and see the newest equipment (sort of like a state fair, or a con). By the end of the Exposition, Dani has founded her own company, and “Lemonade Stand” begins.

The last (so far) story in this universe has a background of mining. A down-and-out miner discovers not ore, but a derelict mining ship with a dead pilot. This story is finished, and I hope you will be able to read it somewhere soon.

I have published a number of stories outside this universe. My Analog story “Awakening in the Anteroom of Heaven” (September/October 2019) takes place far, far away, where the aliens whom humanity conquered seethe and plot revenge.

Earlier “The Gallian Revolt As Seen From The Sama-Sama Laundrobath” appeared in F&SF (September/October 2018). An old, undocumented refugee woman, scraping by in the detritus of society, participates briefly in a revolution and remembers her personhood.

In the same month(!) “Employee Theft Is an Ongoing Problem” appeared in Galaxy’s Edge (September 2018). Earth has been forced to accept disadvantageous treaties by the Krith invaders, and human workers in the Krith resorts in Florida steal discarded bits of technology for Earth researchers to decipher.

I am still fond of my first published story, “ESL” (Not One of Us #30, 2003). In it a lonely woman sponsors refugees returning to Earth from the Moon. “ESL”—Earth for Survivors of Luna—was based on my experiences as a tutor for Montagnard refugees coming to the U.S. from the jungles of Southeast Asia. As I experienced how few of my daily assumptions held up with them, I realized that they were as close as I was going to get to people from another planet.

Most of my other publications are flash. Of these my favorite is “Invasion Force” in the British magazine Awen (August 2014). At a gala exposition, an arrogant society congratulates itself on the most recent world it has annexed to its empire. The exposition shows animals and plants from the vanquished world; during the exposition, a plant withers and dies. While being carted away in garbage, its spore cases pop, sending its spores throughout the unknowing world. There is more than one kind of conquest.

I don’t do social media, and my blog, http://www.marsearthandotherfineplanets.com, is mostly inactive. I can be reached via email: bckalt@gmail.com. Thank you for reading.

Brenda Kalt grew up in small towns in the Deep South. In many ways, she has always felt like “the Other”—perhaps a reason for her interest in science fiction. Her career includes stints as a library assistant, technical writer, and software tester. She lives with her husband and cat in central North Carolina.