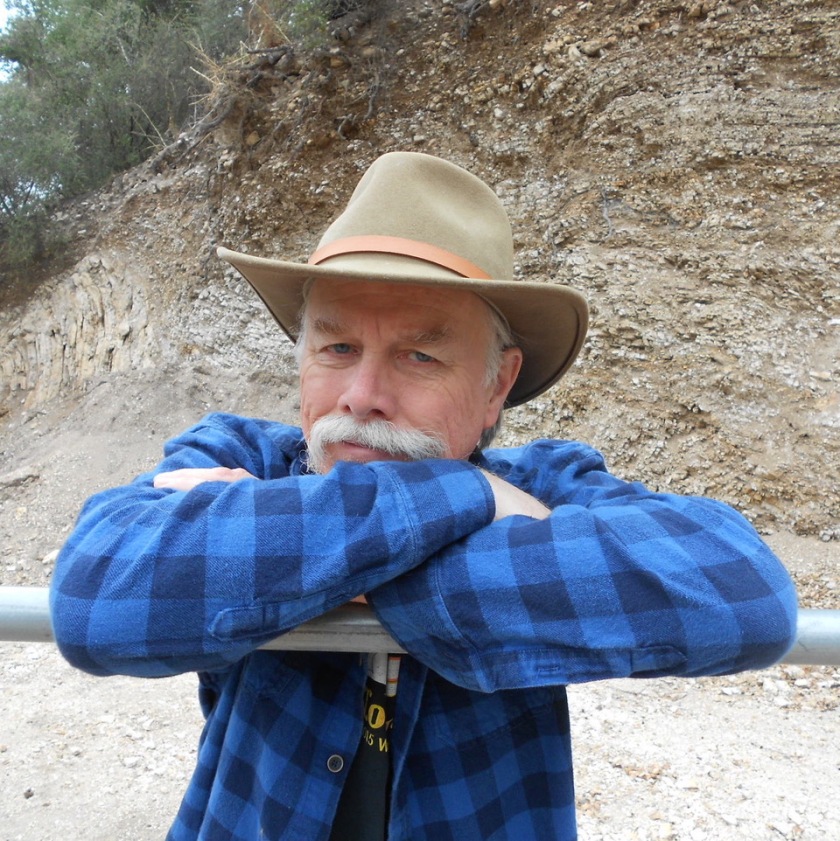 Tom Jolly returns to Analog’s pages with “Sticks and Stones” [the lead story in our July/August issue, on sale now], named for the fact—Tom tells us—that it does contain big sticks, as well as big stones. Less obviously, it contains thoughtful worldbuilding. Read on to learn more about Tom’s thoughts on worldbuilding, his other works in progress, and what’s on his bookshelf.

Analog Editor: How did this story germinate?

Tom Jolly: “Sticks and Stones” had a fairly complicated germination. First, I had an idea for an oddly structured planet for the story. I had a crew from a prior Analog story, “Fermi’s Slime,” who were trying to find worlds that might be attractive for settling, and knew they would stumble across it. As I started into the worldbuilding for the planet, why it existed, how it came to be, those elements forced the story a certain direction; the Beagle-4 would have to chase down the builders of the new world, or what was left of them, and discover why they left it behind.

TJ: “Sticks and Stones.” It’ll become very obvious as one reads the story. There are big sticks and big stones in it.

TJ: Not on purpose, although it’s beginning to look that way. As I start to write more stories in my universe, I find that I use common technologies, and try to make events fit into a common timeline, even if the events in one story have no effect on another. So as I write, I think about little tweaks in the story that would make them fit, and this, in turn, adds some depth to the story, some background worldbuilding that might not be there in a standalone story.

TJ: This is my 9th story (with another one in the queue), with my first story published in the Jan/Feb 2017 issue (“Catching Zeus”). I’m quite pleased to be part of their 90th anniversary year and hope to be around for the 100th, COVID-29 willing.

“Every year, we discover that the Universe is a stranger place than we could have imagined, and I don’t expect that to change.”

TJ: A little. I have at least five published stories where global warming figures in at some level. In some, it’s just a background; in others, it’s an integral part of the story. Most of the stories occur far enough into the future that current events have little effect, though they do offer a lot of villain templates with whom I can populate my stories.

TJ: I currently have some 15 short stories circulating among periodicals and anthologies, hoping that some will find a home. A couple of novels-in-development, my favorite being about a Kenyan teleporter, and another a ghost story that’s a continuation of my short story “Touched,” which appeared in New Myths in 2018. I’m also working on two shorts for Analog, but that is true most of the time. One features a very odd world (or worlds, depending on how you look at it), the other some very odd aliens. Every year, we discover that the Universe is a stranger place than we could have imagined, and I don’t expect that to change. Lastly, I released a collection of previously published short SF stories called Damn the Asteroids, Full Speed Ahead! last year, which is available on Amazon.

TJ: I just finished Kel Kade’s Fate of the Fallen, and look forward to the sequel. I’m in the middle of Derek Künsken’s The House of Styx, currently serialized in Analog, some of the best worldbuilding I’ve ever read. I’m also reading the Expanse series, waiting for #3 to arrive, and quickly burned through The Last Emperox from John Scalzi, which was a fun read and a satisfying closure for the series. Also looking forward to Christopher Moore’s Shakespeare for Squirrels. It’s a surprise I get any writing done at all.

TJ: Get a writing buddy or two to criticize your work, and you criticize theirs. It’s an amazingly useful process that will expose flaws that are invisible to you. Or, join an online writer’s group where you can swap stories. Don’t despair if your stories don’t sell right away; it took me over forty years to sell my first.

Tom Jolly is a retired astronautical/electrical engineer who now spends his time writing SF and fantasy, designing board games, and creating obnoxious puzzles. His stories have appeared in Analog SF, Daily Science Fiction, Compelling Science Fiction, New Myths, a bunch of anthologies, and his recent story collection Damn the Asteroids, Full Speed Ahead! (at Amazon). He lives in Santa Maria, California, with his wife Penny in a place where mountain lions and black bears still visit, especially if you own any chickens. You can discover more of his stories at http://www.silcom.com/~tomjolly/tomjolly2.htm.