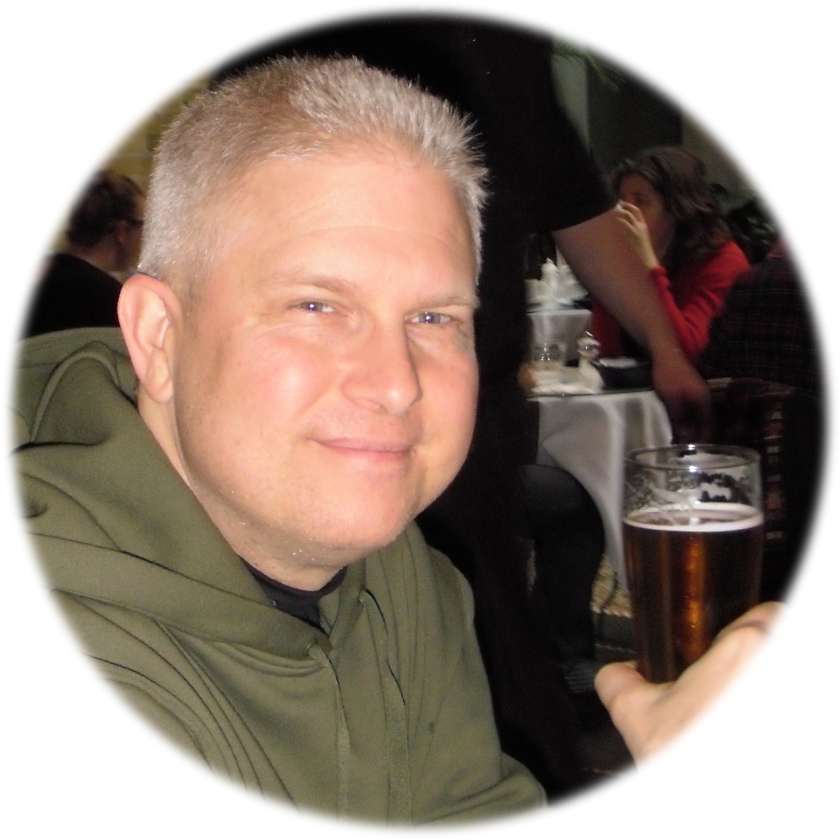 Dan Helms has been a lifelong Analog reader; with his “Mixed Marriage” gracing our January/February issue’s pages [on sale now], he’s now an Analog author too! Dan stopped by to talk with us about this story’s origins, his history as an SF fan, and what he’s been reading lately.

Analog Editor: How did the title for this piece come to you?

DH: I arrived at the title “Mixed Marriage” as I was jotting down notes about this story background, in which overpopulation has led the state to expand in a new direction, namely through time, where each person is allowed to wake only one day each week. In thinking about how these people might interact, it seemed sensible that the same natural tendency toward tribalism that makes human beings group by nationality, by sect, and by political party would also extend to temporal divisions based on schedule. I thought of the different ways in which human tribalism has been expressed. When I was young I witnessed an argument when a friend’s older brother brought a Catholic girl home to meet his Lutheran parents. I didn’t understand the fuss at all – the doctrinal differences seemed imperceptibly miniscule. This experience led to the title—“Mixed Marriage”—and once I had that, the story more or less wrote itself.

DH: I don’t think I’m quite finished with this setting, “The Time Share” yet. I have two other pieces in the works that relate to the social, practical, and personal consequences of a time-sharing arrangement.

DH: Analog was the magazine my father read, and I remember being chastised for swiping his copies before he’d had a chance to even start reading. I started during the twilight of the John W. Campbell era, and carried on through Bova, Schmidt, and now Quachri without a break. When I was twelve, I began writing—badly—and Analog was the first to which I submitted. I was rejected over and over, deservedly, but to my delight the editorial staff included marginal notes on what I was doing wrong, and how I could improve. Even though I was just a kid. I felt I was being taken seriously, and that made a tremendous impact on me. I resolved to have something published in Analog when I was good enough.

DH: My inner circle of friends is unquestionably my strongest influence, while my wife is my main inspiration.

My small knot of die-hard friends has been ironclad for more than forty years now. We grew up together reading Analog, IASFM (Isaac Asimov’s Science Fiction Magazine, as Asimov’s Science Fiction was known then), F&SF, Galaxy, Amazing Stories, Omni, and Heavy Metal. We watched Star Wars on the big screen. We played endless hours of D&D and board games from Avalon Hill; that led to making our own games, including some very, very good ones. That was a “gateway drug” to writing. We came from different backgrounds and held different opinions on every topic, but remain fast friends to this day. Most of what I think of as imagination and creativity derives from these people.

My wife is also a writer. A few years ago, she formed a writer’s critique group to fill a void in our local area; I joined it and after years of not writing, I found my interest in it reawakening. I benefited greatly from the excellent critiques and insights of the other members, but most of all from my wife’s editing. My natural tendency is to resent any edits or suggestions, which I think is pretty common, but her comments and remarks always resulted in irrefutable improvements. Now I greatly value the input I get from her, and from the others in our writing circle.

As for accomplished writers, Charles Sheffield, John Varley, and Roger Zelazny are strong stylistic and creative exemplars for me.

I greatly enjoy the short story and novella formats. While consuming a novel is fun, I seldom finish one in a single session, so you’re breaking the story into bite-sized pieces as you read, anyway. Why not just enjoy the bites individually, on their own merit?

DH: It’s always a temptation to try to make a statement by responding to some bit of news with a piece of writing, but in my own case I think these stories tend to be weak and seldom stand the test of time. I try to stick to issues, characters, and problems that I think will resonate long after the news cycle has moved onto its next victim.

DH: I’d have to say Analog, more than anything else. I began reading in the ’70s and devoured each issue throughout the ’80s. I still have many of those issues, and my best friend keeps more from my original stockpile, handed into his care when I first moved overseas. From my desk I’m looking at the familiar covers on my magazine rack: the second part of Martin & Tuttle’s “One-Wing” with Barry Longyear’s “Savage Planet;” Niven’s “The Integral Trees,” “Nightflyers”—George RR Martin, again, a frequent contributor in the ’80s—Dean Ing’s “Anasazi,” “The Cloak and the Staff” by Dickson, Bob Buckley’s “World in the Clouds” . . .

Analog was unique in offering stories with a huge variation in content, style, and length. I read many of the finest SF novels as serials; but the diet of digestible, delightful short stories was the focus. I greatly enjoy the short story and novella formats. While consuming a novel is fun, I seldom finish one in a single session, so you’re breaking the story into bite-sized pieces as you read, anyway. Why not just enjoy the bites individually, on their own merit? I guess I’m the kind of guy who likes to make a meal of different appetizers, and Analog enabled that with its mixed-length story format. The imagination, creativity, and technical acumen of the writers showcased throughout the years just makes you want to share in the process and contribute.

Of course, F&SF, IASFM, Omni, and many others were also hugely inspiring.

DH: Right now I’m working on a dozen or so pieces with focuses on the impact of quantum computing, and a few stories that deal with near-term developments in military technology, and how they may transform that oldest of human problems, war. I also have two novels currently in the works, but they’re not my main focus. I’m still a lover of the short story format, although the longer versions, the novella and novelette, appeal to me more than very short or flash fiction. Short stories are what I most enjoy reading, so I’m going to focus on them now.

DH: I’m halfway through the Apache Wars Memoirs of Lt. Charles Gatewood. I was born in Arizona and the history of that era has always been a source of fascination.

In addition to the memoir, I usually have a half-dozen books stashed around the house from which I snatch a few pages each day. My current heap consists of We Claim These Stars by Poul Anderson, Dorsai! by Gordon R Dickson, and The Dirdir by Jack Vance—always a favorite!

For fresh, new creative fiction, I still prefer the short story format when I can find it, and read Analog, Asimov’s Science Fiction, The Magazine of Fantasy and Science Fiction, Clarkesworld, and others.

Finally, I’m starting up my regular re-read of Wallace Shirer’s Rise and Fall of the Third Reich. It’s certainly heavy, but I cycle through it about every five years. I feel like it’s a bit of an obligation.

New scientific breakthroughs constantly inspire my writing. For example, I wrote a short story dealing with the military use of bio-printing to heal wounds. My story “Mixed Marriage,” published in the January/February issue of Analog, was generated from research on lengthening medically-induced comas without incurring brain damage, and that led me to imagine how that technology could be applied (or misapplied, if you’d rather) to change society.

DH: Like many other SF aficionados, my professional background has been eclectic. I’ve served in the U.S. Air Force as an airborne cryptologic linguist, then as a police serial crime analyst with several police agencies, most notably the Las Vegas Metropolitan Police Department, before teaching tactical crime analysis and GIS as a Program Manager for the U.S. Department of Justice. For the past decade I’ve been back in the arena of national security, working as a consultant.

While I don’t think a writer needs stick to personal experience, I feel I write much more credibly and confidently on topics where first-hand knowledge informs my work. I’ve been fortunate that my different careers have led to a great deal of international travel, exposure to wildly divergent cultures, foreign languages, and many differing, even conflicting viewpoints.

DH: Thanks for asking that! I’ve just started an author’s web page at www.danhelms.net where anyone interested can find links to my latest publications, notes about the science and technology underpinning my work, and some information on upcoming projects. I also include a few notes and citations on the science underpinning some of my fiction, with links to other SF and technology resources.

Dan Helms is a writer and consultant living in northern Virginia. His writing focus is hard science fiction with an emphasis on how science and technology impact normal human behavior, although he occasionally strays into speculative, historical, and fantastic fiction. He has written numerous technical articles, white papers, and a textbook in addition to his first calling, science fiction. Recent publications include Night Shift Radio’s Storyteller Series. This is his first appearance in Analog.