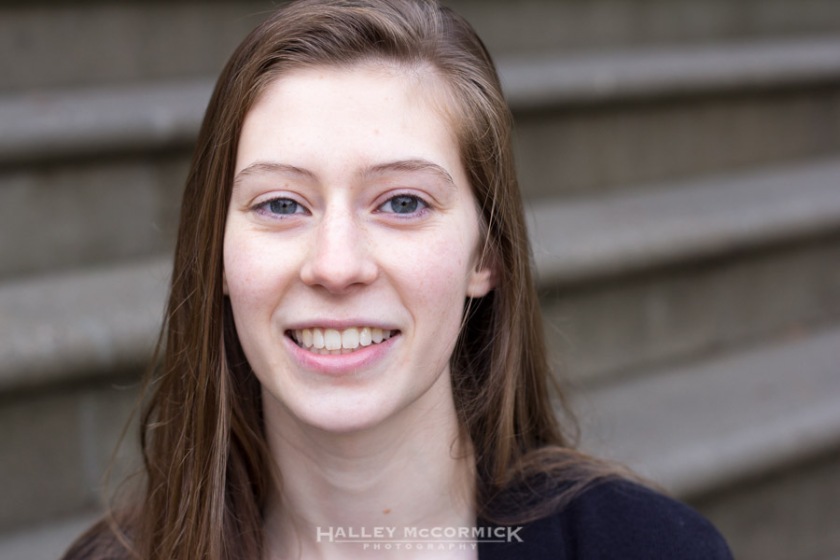 Studying astronomy gave Meghan Feldman a solid background in the science of asteroids, but writing “Dancing on Spun Sugar” [in our May/June issue, on sale now] allowed her to look at the asteroid-human relationship from an emotional and psychological point of view instead. Below, Meghan elaborates on her scientific background, the role both asteroids and humans play in her story, her writing process, and more. This is Meghan’s first SF publication, and we can’t wait to see what the future holds for her. Read on!

Analog Editor: What is the story behind “Dancing on Spun Sugar”?

MF: I was reading about what the future of asteroid mining might look like based on current technologies. Scientists rarely have access to asteroids’ surfaces as is, and it would be sad if mining technology found its way to remote asteroids before researchers could send probes or carry out any research. While any expedition has the potential to alter a landscape and cloud what may have been a pristine site for research, many people have raised concerns about the scope of the damage and contamination that could occur with asteroid mining to sites that might be able to tell scientists about conditions in the early solar system. I wanted to create a story where the scientific analysis of the asteroids, though somewhat limited, was given priority ahead of the miners, and where I could explore the conflicts that might come along with that.

MF: Once I had the “surveyors vs. miners” premise in mind, the main conflict and the story beats came together quickly. That’s one thing I like about short stories—that I can picture the whole story in my head, from beginning to end. Smaller worldbuilding or character details come a lot slower for me. They typically emerge from trying to solve plot holes or explain a character’s actions that might otherwise be unexpected.

MF: I’ve definitely put different parts of myself, or qualities that I admire, into all the characters. I find Finn super relatable as he struggles with imposter syndrome and fitting in among his more experienced crewmembers. But I’d be a lot more excited than he is to step out on an asteroid! I think Mia and I would be friends, given our interest in space rocks of various sorts, and I think if I were out in space doing dangerous missions for as long as Bjorn has, I’d be just as wary as he is. Irene is composed under pressure while still caring first and foremost for her crew’s safety; I’d want to be a part of her crew.

MF: I came up with the title while writing and listening to some dreamy lofi music. I was imagining what it would be like to cross an asteroid’s surface, especially one that you could accidently jump off if you weren’t careful. I figured you’d have to be graceful, like you’re walking across something delicate. I thought of all sorts of fragile things: eggshells, ice, glass. The music made me think of dancing, and the song’s accompanying cotton-candy colored thumbnail gave me the spun sugar. I liked how the title sounded, so I related it back to Finn and his backstory to help my lofi-inspired title mesh a bit better with my hard sci-fi story.

MF: I grew up in rural Southern Maryland around woods and farms, so the natural world is something that holds a special place in my heart and often shows up in my work. I don’t find that the “natural world” is limited to the environments we find here on Earth. I’m also interested in how astronauts process their very much artificial environment on the International Space Station, and how—as people journey farther from Earth for longer missions—their relationship with nature (whether that be Earth environments, artificially created stations and habitats, or other planets and moons) evolves. Space and space exploration is another theme that shows up in my work. There are so many unknowns involved with space exploration and the different environments one may encounter, both inside our solar system and beyond, and I like exploring that through writing.

I grew up in rural Southern Maryland around woods and farms, so the natural world is something that holds a special place in my heart and often shows up in my work. I don’t find that the “natural world” is limited to the environments we find here on Earth.

MF: If I’m writing sci-fi (which I normally am), then I start with research. I like to be aware of what information, studies, and ideas already exist that are relevant for what I’m writing about. Throughout this research process, I’ll start to get ideas for worldbuilding or plot. My initial draft tends to be a bulleted list of things that could happen (sometimes in no particular order). Each item turns into a paragraph and then eventually a scene. I’ll often make a spreadsheet so I can keep track of plot and character notes, and so that I can get from the beginning to the end of a scene without getting sidetracked. If I can find a way to make something into a spreadsheet, I will! I’m also a very visual person, so making a Pinterest board helps keep me focused and in the zone for a given project.

MF: Writers’ block for me comes in two flavors. If I’m experiencing “I don’t know what to write” writers’ block, then I’ll do something else completely unrelated to writing while continuing to think about my story or characters. Washing dishes is a great example, since it’s a relatively mindless task. I’ll play out scenes in my head to make up some ideas of what might happen, and once I find some ideas I like, I’ll put them in a note on my phone. The next time I go to write, I’ll have a list of scenes or ideas all ready to go. If I’m experiencing the “this all sounds like trash” flavor of writers’ block, then I force myself to keep going. Trash can always be cleaned up later!

MF: I would love for humans to find evidence of past or current life that developed outside our planet, so I’ve got my fingers crossed that the Perseverance rover on Mars now gets some cool data pointing to past Martian life. The press release about potential life on Venus was exciting, but as more studies come out challenging that result, it just goes to show how much we still have to learn about chemical processes occurring on other planets, what sort of life might develop there, and how scientists might detect it. And of course, having some sort of faster-than-light travel would be a great help in finding life outside of our little stellar neighborhood.

MF: I recently started A Desolation Called Peace by Arkady Martine! I’ve been looking forward to this sequel since finishing the first book last year. I love the worldbuilding in these books, especially the Teixcalaanli mannerisms. A few other books on my reading list are Seven of Infinities by Aliette de Bodard and Underland by Robert Macfarlane.

MF: I have a BA in Physics and Astronomy, so an interest in science and specifically space has followed me since childhood and definitely shows up in my work. Learning about stars and galaxies in the classroom often has a very analytical approach, but writing about them allows me to process them in a different way. In class, we talked about how asteroids form, where they gather in the Solar System, and what they can tell us about solar system formation. Writing fiction lets me instead focus on how people interact with the asteroids and what psychological or emotion effects the asteroids may have on people. I now work as a safety engineer supporting flight hardware development for manned space missions, which has given me a close look at the challenges and dangers of spaceflight. I hope that lends some realism to my writing.

Meghan Feldman grew up in rural southern Maryland. After studying Physics and Astronomy in Washington state, she moved to Texas to work for a NASA contractor. In her free time, she can be found dabbling in watercolor, playing violin, bouldering, and social distancing. “Dancing on Spun Sugar” is her first publication in a science fiction magazine.