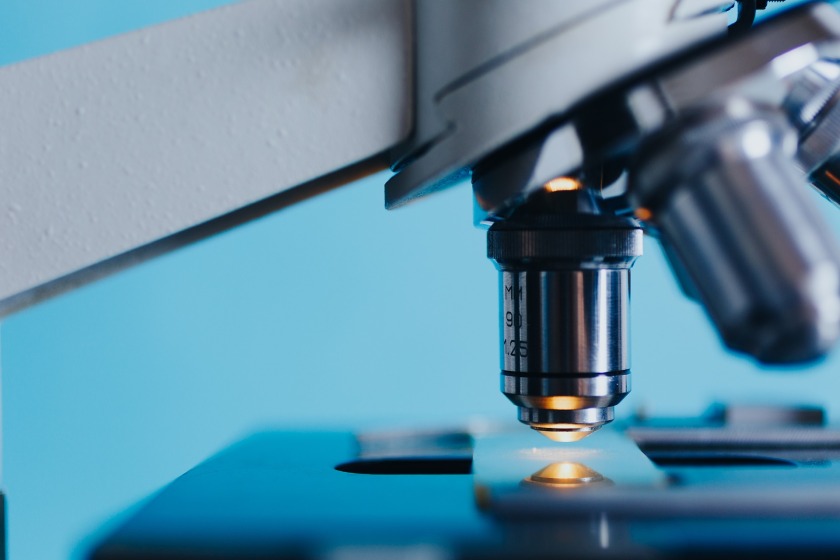 As a biophysicist who promotes her work, Corie Ralston tries to excite her readers and funders without overselling it. Sometimes, however, when handled improperly, science communication can lead to confusion and mistrust of science among a lay audience. According to Ralston, these misunderstandings highlight the need for better science education all-around. Read Ralston’s new story, “Amyloids For Algernon,” which draws on her Alzheimer’s research experience in [our March/April issue, on sale now!]

A question everyone seems to be asking these days, is “why is everyone outside my political group so ignorant of the facts?” Have we entered a world in which everyone has different “facts”? Are facts no longer facts?

The “fact” that we have this problem at all points to a lot that is broken in our society, from education to the political process, and it is clearly a big complicated problem with many players, but what I want to delve into here is the role that science plays. Or more specifically, how the presentation of science has contributed to the problem.

As a research scientist at Lawrence Berkeley National Lab (or, as we call it, Berkeley Lab), I am often asked to write highlights or blurbs about my research. These are posted on the lab’s website, or sent to our funders, such as the Department of Energy, for posting on their website. Almost all scientists at Berkeley Lab have to do this, and I wonder if my colleagues cringe as much as I do when they have to write these highlights. The problem is that we have to “sell” our research. We have to make it sound super exciting, and we have to imply that it will solve all the world’s problems. Which it might. But not tomorrow, and certainly not all on its own. And it might solve absolutely no problems at all.

As an example, a recent highlight from the lab’s website reads, “Cell ‘Fingerprinting’ Could Yield Long-Awaited Alzheimer’s Disease Diagnostic.” The journal article covers a new method of characterizing the absorbance of infrared light from skin cells which can discriminate between healthy and diseased cells.

It is great work, and an important “proof of principle” experiment. So what is wrong with this highlight? It reads as if we are on the verge of having a non-invasive test for early detection of Alzheimer’s Disease. But we aren’t. Proof-of-principle science is just that: proof of principle. As described in the actual journal article, the studies were done using skin cells from mice, and on a very small number of human cell lines. They state that there will be many challenges when applied to a large human population, that the number of spectral signatures could be in the millions and overlapped to the point that they cannot be deconvoluted, that it is unknown whether a control group will be necessary, and that the limits on signature uniqueness are yet to be determined. In other words, early detection of Alzheimer’s Disease using a non-invasive method is not actually yet within reach.

The problem is that we have to “sell” our research. We have to make it sound super exciting, and we have to imply that it will solve all the world’s problems. Which it might. But not tomorrow, and certainly not all on its own. And it might solve absolutely no problems at all.

I mean no disrespect to these scientists or their work—I happen to know many of the people who are authors on this article, and I think they are amazing scientists. But they are as trapped as the rest of us in this “sell your science” environment. Most of the Berkeley Lab science announcements use equivocal wording and phrases such as ” . . . may lead to,” “underpins,” “could mean,” “paves the way for,” etc. and are careful not to state that something is definitively solved. But other news sources are not quite as careful, and the Berkeley Lab science highlights are often both amplified and simplified as they get picked up by other new venues.

Take the example of the recent synthesis of a type of polymer that is much more easily recycled than most of the other plastics out there today. Scientists at Berkeley Lab reported this in the journal Nature Chemistry with the title “Closed-loop recycling of plastics enabled by dynamic covalent diketoenamine bonds.” It is great work, and again, no disrespect to the authors. But the ABC news headline read, “Breakthrough discovery: New plastic could be ‘holy grail’ of recycling.” Yes, this new type of polymer might well lead to a new manufacturing infrastructure using truly recyclable plastics. But I just don’t see that happening any time soon, and I think the ABC news headline, taken by itself, implies that the problem is solved. But is it? The Nature News & Views article that accompanied the journal article reported on the issues still to overcome. Namely, that breaking down the polymers required large amounts of acids and bases, so it is as of yet unclear if there is net gain, environmentally speaking. And the study used only small amounts of material, so is it really scalable? We don’t know the answers to those questions yet.

I think science fiction writers and readers get that science news may overstate results and downplay qualifications to those results. They tend to be up on the latest science, and understand the scientific process. They see where the fabric of science thins out and science fiction takes up the threads. In my current story in Analog, “Amyloids for Algernon,” I think it is probably pretty clear to most readers that the drug described in the story—a protein engineered to fight Alzheimer’s disease and which coincidentally eliminates the need to sleep—doesn’t actually exist. Though as a side note, the part about people hiding their coffee cups and unlabeled chemicals in drawers in the lab is something I have actually observed. (Hopefully no safety officers from Berkeley Lab will ever read this post.)

But how does a person with no science background read those over-hyped science headlines? I can only imagine that they are constantly disappointed in scientists. They read a headline that seems to imply that scientists have discovered an early Alzheimer’s detection method, and then wonder why their doctor can’t provide the test. Science appears contradictory to that person. After all, a few decades ago nutritionists said eggs were bad for us, and now they generally say eggs are part of a healthy diet. Along those lines, I once overheard someone in the grocery store mutter in exasperation while looking at the coffee shelf, “Should I drink coffee? Why can’t scientists make up their minds?”

The misinformation on the internet surely appears just as plausible as anything else to this person. When I put myself in their shoes, I can almost see why they might believe that engineers are capable of designing GPS trackers so small that they can float around invisibly in liquid and fit through a tiny syringe needle. Or that drinking a child’s blood could provide a mysterious psychedelic drug. Adrenochrome, by the way, is used in various scientific studies and can be purchased fairly cheaply and in a pure state from standard chemical suppliers, which seems a bit more straightforward than drinking someone’s blood. But with the vast array of information at our fingertips these days, I think what ends up catching a person’s eye is the hyped up news, the contradictory news, the inflammatory stories, the doomsday scenarios, the tragic and the outrageous.

And, let’s face it, qualifying each science discovery can really take the fun out of it. Compare, for instance, “Scientists discover new battery material that could solve the world’s energy problem” with “After a decade of incremental progress, scientists have painstakingly arrived at a new material with properties slightly better than the last one they made, which may or may not solve the world’s energy problems.”

But of course the fault doesn’t lie completely with the scientists and the science writers. The other side of the equation is the expectation that non-scientists bring to science. There seems to be a belief that each science experiment will lead to a definitive yes or no answer. One experiment in the lab will tell us whether eggs are good or bad for us. One experiment will produce a truly recyclable plastic.

We love simple and extreme answers. We want a person or a food item to be either “good” or “bad.” We want a quick breakthrough and a pill to cure cancer. We want simple rules. “Don’t eat sugar.” “Fast every Tuesday.” Moderation is just too boring for us. And don’t forget the power of the anecdote. “My grandfather smoked a pack of cigarettes every day of his life and lived to a hundred.” Ergo, the scientists must be wrong about the danger of cigarettes. Those crazy scientists—they don’t know anything! Of course, sometimes there really are amazing breakthroughs. But even those breakthroughs are the tip of the iceberg, the tiny piece of the effort that the general public hears about. Those breakthroughs always come after years of enormous effort. They aren’t due to a one-off experiment that suddenly revealed the ultimate cancer drug, the amazing water purifying material, the ultimate diagnostic for Alzheimer’s Disease. Even the most recent amazing breakthrough in biology, the gene editing system designed by Dr. Jennifer Doudna, of whom I am a huge fan, took years of effort. In her book, A Crack in Creation, she talks about the years of work behind the refinement of the CRISPR-Cas9 gene editing system. She also discusses the implications of the system, and the huge amount of work that is still ahead. That’s the reason a Nobel Prize is given not for one paper, but for a body of research.

So what’s to be done? First and foremost, I think we need better science education across the board. I wish everyone learned about the scientific process early on, and came to understand that science is in fact a process, not a one-off event. That theories evolve as data is collected, that often “the truth” is multifaceted, and depends on how you look at it. I wish people would embrace the complex, and not look for simple answers. I wish that scientists could acknowledge that real science is slow and generally less exciting than science fiction stories. And, of course, I wish people would read more science fiction. Along with being a fun pastime, it tends to highlight the dividing line between our current reality and a future reality. After all, if that story about growing a T-rex from ancient DNA is in the science fiction section of the bookstore rather than the fiction section, then possibly we can’t actually grow a T-rex yet.

Corie Ralston is a biophysicist and writer whose work has previously appeared in Clarkesworld and Strange Horizons. “Amyloids for Algernon” is her first for Analog.