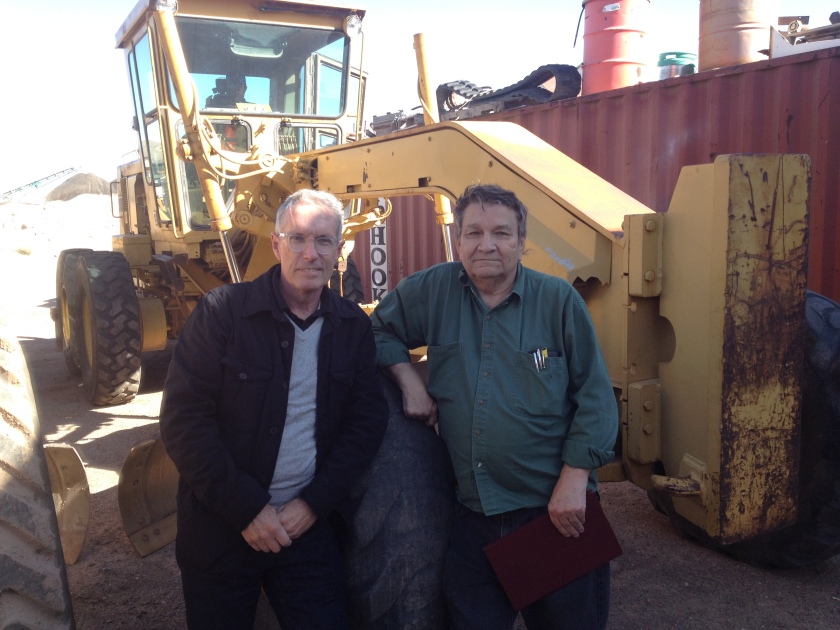 Michael Cassutt’s fascinating alternate history “Kingsbury 1944” [on sale now] features two quite different historical figures—one of whom will be well known to Analog readers: Doc Smith. Michael Cassutt delivers a mystery in a richly woven world; we can only wonder whether it existed. . . .

I have written elsewhere, and not that long ago, about how stories emerge. (See “Dreaming ‘Aurora’”).

They come from dreams, yes, but also from passing comments, daily sites or unusual imagery, and sometimes from other published work—where I’ve been inspired to add to a concept, or beat the hell out of it.

The first was information I’d had for years, originally from Sam Moskowitz’s classic Seekers of Tomorrow (Cleveland OH: World, 1966)  a collection of biographies—most of them accurate, though nowhere near all.

For those of you who began reading SF sometime after 1975, know that Edward Elmer Smith, born in 1890, published the first or certainly the most famed story to take place beyond our solar system—The Skylark of Space in 1928. Among his later works was various Skylark sequels, another novel titled Triplanetary, and the Lensman series, a long saga of interstellar adventure, war and intrigue involving superhuman humans and two races that had been battling each other since the beginning of time.

He was also a chemist by training, at times a specialist in the creation of doughnut mixes, but also, according to Moskowitz:

“Unable to find work immediate after Pearl Harbor, Smith applied to the army. At 51, he was overage, but they put him to work at the Kingsbury, Indiana, Ordnance Plant, working on explosives and shells. He was fired in 1944 for his refusal to pass shells he regarded as substandard. This phase of his life is described in complete detail in Chapter 5, ‘1941,’ of the book version of Triplanetary.”

I never was a huge fan or reader of Smith’s “epics of the future” but happened to have a copy of Triplanetary. I read that chapter, found it interesting if not written to my taste.

And submerged it in the old memory bank.

It wasn’t until years later that I happened across the second datum, which is that Charles O. Finley, best known to me as the colorful and successful owner of the Oakland A’s major league baseball team, had worked during World War II at a munitions plant in Indiana.

At Kingsbury, in fact. The same place where Doc Smith had worked and come to some sort of professional grief.

And here my story wheels got turning. Doc Smith was known to me, not just from the Moskowitz book (do you Heinlein fans out there know that E.E. Smith was the physical model for Lazarus Long, aka W.W. Smith?), as a clean-living straight shooter, someone who would never allow a compromise on a moral issue, and certainly not one to pass on substandard munitions for our boys in uniform.

Finley was known to be, shall we say, a bit less rigid.

The possible conflict was obvious. And there had to be some way to make it science fiction.

But this story wasn’t immediately a Michael Cassutt project, however one might define it.

To me it was the perfect Howard Waldrop story.

If you’ve read Waldrop, who has been publishing his unique oddball fictions since the early 1970s, winning great acclaim, several awards, building a tiny but fierce cadre of followers while managing to avoid huge financial success.

Surely Doc Smith, classic science fiction, World War II and baseball’s Charlie Finley provided rich material for a Waldrop story to rival “The Ugly Chickens,” “Night of the Cooters” (now a short film produced by George R. R. Martin and starring and directed by Vincent Donofrio), “Ike at the Mike,” “Mary Margaret Road-Grader” and so many others.

Although I had been reading his stories since their first appearances, I met Howard for the first time in early 2016 at a science fiction film festival in Nacogdoches, Texas, of all places.

I pitched him the concept then and there. He gave me a Waldropian smirk and tilt of the head and told me, “that is kinda interesting.”

But nothing happened. To be fair, Howard has been battling ill health and the related challenges of existence and not writing much.

About two years later we were thrown together again, this time in New Mexico where we somehow wound up scouting heavy equipment yards for a proposed short film of “Mary Margaret.” He finally told me he just wasn’t going to write the Doc Smith-Charlie O story, but someone should.

And that turned out to be me.