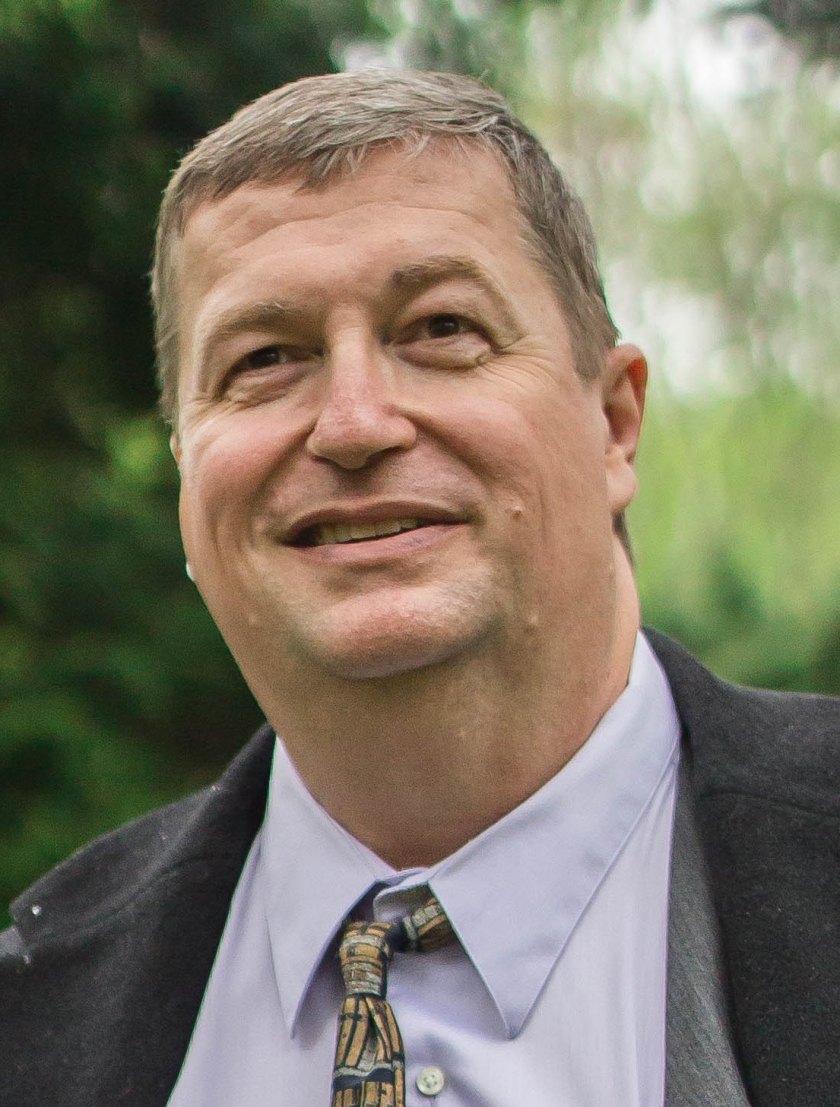 Andy Duncan makes his Analog debut with an alternate history story about our former editor, John W. Campbell, in our current issue [on sale now]. Here he looks at Campbell’s influence on the field with a complex and insightful eye.

Analog Editor: Andy—Our readers will be particularly interested in one of the characters in “New Frontiers of the Mind.” How did this story about Campbell come to you?

AD: I’ve long been interested in Campbell and his influence on my chosen field, short science fiction and fantasy. (While he’s famous to readers of Analog as this magazine’s longtime editor, the engineer of its transition from Astounding, and the chief recruiter of the World War II-era “Golden Age of Science Fiction,” we shouldn’t forget that Campbell also founded and edited Unknown, a short-lived but remarkably influential fantasy magazine.) I’ve also long been interested in so-called psychic phenomena, especially the academic and military research devoted to them. These obviously are overlapping obsessions, as Campbell published a lot of stories and articles devoted to psi.

I also have known for a long time that Campbell and J.B. Rhine were both at Duke University in the school year 1931-1932, Campbell in his undergraduate senior year and Rhine as a psi researcher in the university’s psychology department (where, among other things, he coined the term ESP, meaning Extra-Sensory Perception). While Rhine certainly influenced Campbell, we know their paths did not cross that year, because one of Perry Chapedelaine’s volumes reprints a letter Campbell wrote Rhine in the 1950s, basically saying, “We never met, but I’m a big fan.” Campbell goes on to say in that letter, however, that as a senior he did take some ESP tests administered by one of Rhine’s assistants, the tests having become something of a campus craze.

The thought of an alternate history in which Campbell did meet Rhine was irresistible to me, but it may have remained a notion, not a story, had one of Campbell’s authors, SFWA Grand Master James Gunn, not turned to me during a party at the Lawrence, Kansas, home of paleontologist Larry Martin and asked, innocently enough, “What are you working on, Andy?” That led to a happy one-hour brainstorming session, at the end of which Jim said: “Not only will that be a good story, but it’ll be an Andy Duncan story, and when you finish it, you should send it to Analog, and tell them I sent you.” Then he made a one-handed “voila” gesture, like a master illusionist finishing a trick, and added: “No power will prevent their taking it.” So I dedicate this story to my friend and mentor Jim Gunn, who was right again!

Given the chance, I also should thank F. Brett Cox, who suggested the crucial plot twist; Joan Slonczewski, who graciously gave me a biologist’s take on the Rhine experiments; the workshoppers of the Sycamore Hill Writers’ Conference, whose suggestions and encouragement were invaluable; and my wife, Sydney, always my first and best reader.

AE: What has Campbell’s influence been on your life as a writer and reader?

AD: Campbell was a commanding, complex, confounding figure. In one watershed decade, the 1940s, the field of science fiction was his own ten toes, to wiggle as he pleased, but he died nearly a half century ago, long past the peak of his influence even then, and to many writers and readers today, he is at best a historical figure, receding farther into the distance all the time. To others, he is relevant only as an obstacle, as he represents so many things that twenty-first-century science fiction struggles to overcome. And yet, here we all are, in the field Campbell helped create. His magazine, Analog, continues to thrive, and two of our field’s major awards—one for new writers, one for novels—are named for him. The countless writers he discovered and stories he published continue to inspire me, as do the stories he wrote as Don A. Stuart. I have read fewer of his controversial editorials, but the ones I have read have infuriated, challenged, and inspired me—sometimes all three reactions in the same paragraph. Certainly, as a teacher, I try to help new writers as much as Campbell helped new writers, while dictating to them less than Campbell did.

The field certainly is deeper, more diverse, more daring than the field Campbell envisioned, yet I believe he still would recognize the place. He would like much of it, hate much of it. I believe his example continues to stare at us, and some of us stare back.

AE: Did you uncover any surprising or interesting tidbits while researching for this story?

AD: I was delighted to learn that Alec Nevala-Lee was working on a nonfiction book on Campbell, Astounding: John W. Campbell, Isaac Asimov, Robert A. Heinlein, L. Ron Hubbard, and the Golden Age of Science Fiction (HarperCollins 2018) [Alec blogs about this book here in “Astounding Stories” and “The Rest Is Noise“], which I much look forward to reading. I wish that David G. Hartwell, who often voiced to me the need for such a book, had lived to see it. I also, early on, was delighted to find that Doña and John’s younger daughter, Leslyn Campbell Randazzo, was alive and well. We have corresponded, and she graciously has answered many of my tedious questions about growing up in the Campbell household, for an article I have yet to write. She, of course, shares no blame for this made-up story I have written in the meantime, about a fictional Doña and John as newlyweds!

AD: I try to relate to all my characters, even the walk-ons, because otherwise they will seem real neither to me nor the reader. The hundreds of people at that graduation ceremony in “New Frontiers of the Mind,” for example, are all protagonists of their own stories, stories I just didn’t choose to write this time. The four main characters in this story, the Campbells and the Rhines, all at various times do and say things that I have done and said. Certainly I have been that harried professor, patiently waiting for some overbearing student to leave my office, but I have been that overbearing visitor, too. Frankly, any obsessive researcher, any autodidact lecturer, is sadly familiar to me. When I was a kid, my mother used to say, “I asked a simple question. You don’t need to go back to Genesis.”

AD: Rhine’s second book was titled New Frontiers of the Mind: The Story of the Duke Experiments (Farrar & Rinehart 1937), and that title so lodged in my brain that I never even considered another one. I enjoy repurposing other people’s titles, an honorable tradition. My hero in that respect is Robert Benchley, who titled his 1928 humor collection 20,000 Leagues Under the Sea; or, David Copperfield.

AD: I write about belief a lot—not necessarily religious belief, but all the fervent convictions that shape us and drive us to shape the world. This means I also write a lot about doubt, the corollary of belief. I write about place, because place shapes everything and everyone, including you and me. I write about language and its limitations. And I am driven to the fantastic, including science fiction, because nothing else seems realistic to me.

AD: My third fiction collection, An Agent of Utopia: New and Selected Stories, will be published by Small Beer Press in November 2018. Also coming out this fall are a novelette, “The Devil’s Whatever,” in The Book of Magic, edited by the late Gardner Dozois, from Bantam; and a story, “Mr. Percy’s Shortcut,” in If This Goes On, edited by Cat Rambo, from Parvus Press. I’m always working on a half dozen different fictions, but my chief project this summer is a science fiction novella that’s also a Gothic academic satire and, inevitably, a riff on M.R. James.

AD: Write a lot, nearly constantly; and read a lot, nearly constantly. Read as diversely as possible, among genders, races, cultures, eras, genres, subgenres, styles, formats, markets. Learn how all those other writers, present and past, do what they do, and use that information to figure out what works for YOU. Then change that method, whenever you need to, because the point is the writing, not the method of writing. Cultivate two or three excellent first readers who will help you, not just praise you. Submit work for publication only when you feel it’s ready, and then only to markets you know and would be proud to see publish your work. Do your best to write the stuff that will never be written unless you write it. Your career goal is to be uniquely yourself, to create a genre that can be labeled only with your name.

AD: Other than a few undergraduate semesters of computer science, geology, and math, I have no scientific background, but nonfiction about science always has been a big part of my pleasure reading. I subscribe to New Scientist and read each issue cover to cover, though I tend to be weeks behind. Incidentally, Frederik Pohl told me once that the nonfiction he voraciously read for pleasure—science, politics, history, travel writing—had generated all his ideas during his long writing career; he claimed that he almost never had do to research for a specific project, because this pleasure reading stuck with him. I’m sure he exaggerated, but I still pass this along in hope that writers without physics degrees will find inspiration from it, as I do!

Andy Duncan’s stories have appeared in Asimov’s, Clarkesworld, Conjunctions, The Magazine of Fantasy & Science Fiction, Lightspeed, Tor.com and many anthologies, including multiple year’s-best volumes. His honors include a Nebula Award, a Theodore Sturgeon Memorial Award and three World Fantasy Awards, the most recent for Wakulla Springs, co-written with Ellen Klages. His third collection, An Agent of Utopia: New and Selected Stories, will be published by Small Beer Press. A native of Batesburg, South Carolina, and a graduate of Clarion West 1994, he has an M.F.A. from the University of Alabama and teaches writing at Frostburg State University in Maryland.