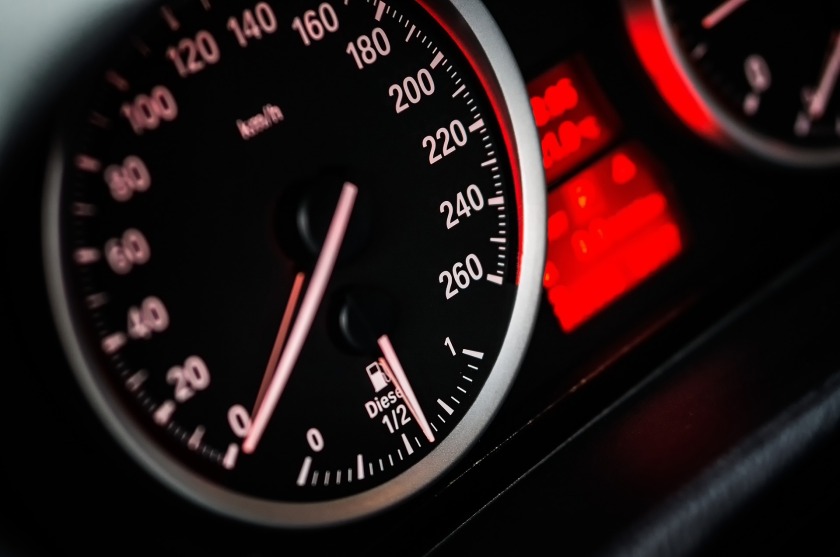 Alex Shvartsman & Alvaro Zinos-Amaro’s new story “The People V. Craig Morrison” appears in our current issue on sale now  and deals with one possible future of driving. In this post, the two expound upon that. Look out for an interview to follow!

Frederik Pohl famously wrote, “A good science fiction story should be able to predict not the automobile but the traffic jam.” It’s among my favorite bits of writing advice, and it certainly came to mind when considering the theme of this story.

Self-driving cars are a popular topic, but stories that focus on, or even mention the technology tend to fall into one of two groups: either they take place further into the future, where the transition to utilizing self-driving vehicles is complete or, more commonly these days, they explore the early days—and the ethical implications—of allowing algorithms to make life-and-death choices for us on the road. And while there are plenty of story ideas there, I was more interested in the societal implications of the transition phase.

It stands to reason that, once the ethical and legal implications have been mostly hashed out, and once the technology of driverless cars is good enough to become widely implemented, the next natural step is to eliminate the most unpredictable and dangerous factor that remains on the road: the human drivers. No more drunk, tired, distracted primates putting themselves and those with enough sense to let the computer drive in mortal danger.

Of course, not everyone will see it that way. Some will argue that the evil government is trying to take away yet another of their God-given rights. Others won’t trust the computers to drive them. (Did you know that in the 1930s some people refused to get into newfangled automatic elevators that didn’t have a human operator?)

The invention of the automobile gave us the traffic jam. The advent of driverless car technologies will likely reduce if not outright eliminate traffic jams, but it will come with growing pains of its own, as well as legal challenges like the one we describe in our story.

Pohl’s famous dictum, as quoted above by Alex, serves as a kind of critique of simplistic extrapolations, entreating science fiction writers to consider the less obvious implications of whatever imagined technologies they’ve decided to write about. It therefore strikes me as ironic that if we picture ourselves sufficiently far into a driverless-car, congestion-free future, we can imagine readers being puzzled by Pohl’s words: “The traffic jam? Why was he so fixated on that? After all, we haven’t had one in forty years . . .”

Nevertheless, leaving a literal reading of Pohl’s words aside, his storytelling advice—consider the unintended consequences—is sound. Another narrative possibility is to stick with a straightforward speculative conceit, but find complexity in its application to an individual with a unique perspective. Perhaps this person is an outcast, or someone with an unusual occupation or past. And of course stories may combine both approaches, opening our eyes to subtle ramifications of reasonable developments and simultaneously exploring how these may affect folks with truly singular outlooks.

Our story “The People v. Craig Morrison” hinges on the notion that even in the case of societal changes almost unanimously deemed as utilitarian, someone will inevitably struggle to adapt. He or she may get left behind altogether. What would that look like in the case of self-driving cars? How might that person feel? I enjoyed the challenge of trying to put the reader in Craig’s shoes, showing that what may look irrational from the outside can make perfect sense when placed in the context of one’s autobiography. This tale is not about changes writ on a grand scale—rather what we might think of as a footnote to future history.

I have long admired the short fiction of Clifford D. Simak, who excelled at telling stories of outsiders, of flawed, sometimes cantankerous, but fundamentally decent and caring people. When in the planning stages of our tale, Simak’s “Huddling Place”—part of his famous City sequence—came to mind. In it, Simak marries prescient speculations about materialist comforts and isolationist tendencies with a poignant, ultimately tragic character portrait. Despite handling some pretty big themes—first contact with Martians, a life-or-death situation—Simak’s approach is quiet and reflective. I attempted to bring these same qualities to our story and thereby pay tribute to a true master of our genre.

Alex Shvartsman is a writer, translator, and anthologist from Brooklyn, NY. Over 100 of his short stories have appeared in Nature, Intergalactic Medicine Show, Fireside, Galaxy’s Edge, and many other magazines and anthologies. He won the 2014 WSFA Small Press Award for Short Fiction and was a two-time finalist for the Canopus Award for Excellence in Interstellar Fiction (2015 and 2017). He is the editor of the Unidentified Funny Objects annual anthology series of humorous SF/F. His latest collection, The Golem of Deneb Seven and Other Stories, was published in 2018. His website is www.alexshvartsman.com.

Alvaro Zinos-Amaro is the coauthor, with Robert Silverberg, of When The Blue Shift Comes and Traveler of Worlds: Conversations with Robert Silverberg. Alvaro’s more than thirty stories have appeared in magazines like Analog, Nature, Galaxy’s Edge, Lackington’s, Mothership Zeta, Farrago’s Wainscot and Neon, as well as anthologies such as The Mammoth Book of the Adventures of Moriarty, The Mammoth Book of Jack the Ripper Tales, The 2015 Young Explorer’s Adventure Guide, Cyber World, This Way to the End Times, Humanity 2.0 and Alphabet of Embers. Alvaro’s essays, reviews and interviews have appeared in The Los Angeles Review of Books, The First Line, Asimov’s, Strange Horizons, Clarkesworld, and Intergalactic Medicine Show; he also edits the roundtable blog for Locus.