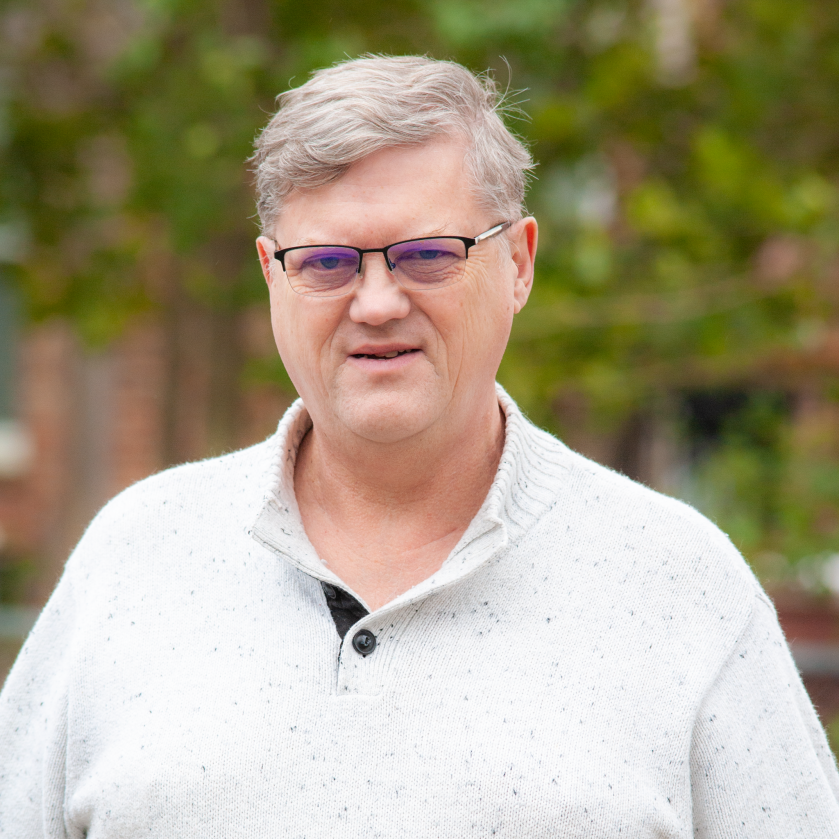 Dave Creek’s newest novelette—”The Dominant Heart Begins to Race”—is on sale in our May/June issue now. This piece brings us a ship full of colonists running on their last hope. Read on to hear about Dave’s inspiration, his original title, and more!

Dave Creek: “The Dominant Heart Begins to Race” came about (we’re getting into spoiler territory here, so beware) when I saw some articles and videos about what Mars might have been like four billion years ago. It occurred to me that an alien race arriving in Sol System might see Mars as being a potential site for a colony. The irony of that, knowing how our system ended up developing, led me to the rest of the story. I established the destruction of the Ytani homeworld to provide the story some tension and an immediate, practical reason for my characters to be in search of a colony world.

DC: Hah! There’s a minor trend in the field these days to have (perhaps ridiculously) long titles. My original title for this piece was my entry in that sweepstakes: “Name of Starship: Shovak. Contents: Eleven Thousand Adults, Billions of Fertilized Eggs, the Final Hope of an Endangered Species.”

Clearly this was much too long, but fortunately I discovered the phrase that makes a much better title, “The Dominant Heart Begins to Race,” within the story itself.

DC: It’s a bit of an outlier in my Future History (though this story takes place in the past) that included stories about Mike Christopher and Chanda Kasmira, which have been published in Analog. I don’t have any plans right now for a sequel that could bring the Ytani into contact with those characters, but you never know.

DC: I’ve been a reader since the January 1970 issue, which actually featured a photograph of an Apollo liftoff featuring the science article, “What Supports Apollo,” by J. Russell Seitz and Ben Bova, rather than an illustration of a story. Analog is still my favorite SF magazine, though I read many others as well, and I’m proud that now, in my small way, I’m part of its long, distinguished history in the field.

DC: I find myself gravitating toward “sense-of-wonder” stories pretty consistently. I enjoy creating alien worlds and the beings who inhabit them, as well as sending my characters among the stars to see what natural wonders they might discover.

DC: Well, it happened just as it did with a lot of people. Sometimes when I would read an SF story in one of the regular SF magazines, I would think, “I could write something as good as that.” I was wrong, at least at first. But then I sold my first story to Analog in 1994. I thought, this is great, the floodgates are open now!

I didn’t sell my second Analog story until six years later. But I’ve sold over twenty now, so I’ve done okay. The much-published Bud Sparhawk, of course, just calls that “a good start!”

DC: I have a new novel, All Human Things, which should be out later this year from Hydra Publications. It features my popular series character, Mike Christopher, who has made several appearances in Analog. In fact, part of the novel appeared as a shorter work, also titled, “All Human Things,” in the May 2014 issue.

DC: I think it would have to be the Star Trek universe. The Original Series first sparked my interest in SF. But I’d want to stay as far away as possible from the Neutral Zone or any other potentially dangerous areas. I’d not be eager to stare down a bat’leth-wielding Klingon or a Borg drone eager to assimilate me.

DC: For immediate practical reasons, the replicator. If physical objects become almost magically super cheap or free, imagine the impact that would have upon everything from the economy to politics to world hunger. Now, the more cynical part of me acknowledges that such a technology would probably end up having some sort of cost, whether in raw materials or energy. And certainly a lot of governments would like to retain such tech for themselves, maintaining the scarcity that powers many, if not most, of our economic decisions. But it’s nice to dream.

After that, I’d say the transporter. ’Cause anyone who claims “it’s the journey, not the destination” hasn’t been in an airport lately.

DC: I’m a retired broadcast news producer and spent most of my career in my hometown of Louisville, KY. Producing a nightly local newscast helped fuel my natural curiosity and, perhaps more importantly, gave me a healthy respect for deadlines. At 10 p.m. you go on the air whether you’re ready or not.

Although writing news copy is different from fiction (insert your own snarky reference here), if a story broke at 9:50, I didn’t have time to wait for “inspiration.” I had to sit myself down at the computer and start typing, relating as much or as little information as I had.

For the most part, I can do that with my SF as well. If I can’t start writing right away, it means I don’t know enough about my story, just as a news story has to have a certain minimal amount of information available before you can write it. So I know I have to look for more detail in my characterizations, plot developments, or setting before I can proceed.

Dave Creek is the author of the novels Chanda’s Awakening and Some Distant Shore, novellas Tranquility and The Silent Sentinels, and short story collections A Glimpse Of Splendor and The Human Equations. He’s also published the Great Human War trilogy, including A Crowd Of Stars (2016 Imadjinn Award winner), The Fallen Sun, and The Unmoving Stars (2018 Imadjinn Award winner). Dave also edited Trajectories, an anthology of stories about space exploration and its many challenges, and is the author of Mars Abides: Ray Bradbury’s Journeys To The Red Planet, a nonfiction look at Bradbury’s Martian stories. His short stories have appeared in Analog Science Fiction and Fact and Apex magazines, and the anthologies Far Orbit Apogee, Touching The Face Of The Cosmos, and Dystopian Express. In the “real world,” Dave is a retired television news producer. Dave lives in Louisville with his wife Dana, son Andy, Corgi/Jack Russell Terrier mix Ziggy Stardawg, and polydactyl cat Hemmie.